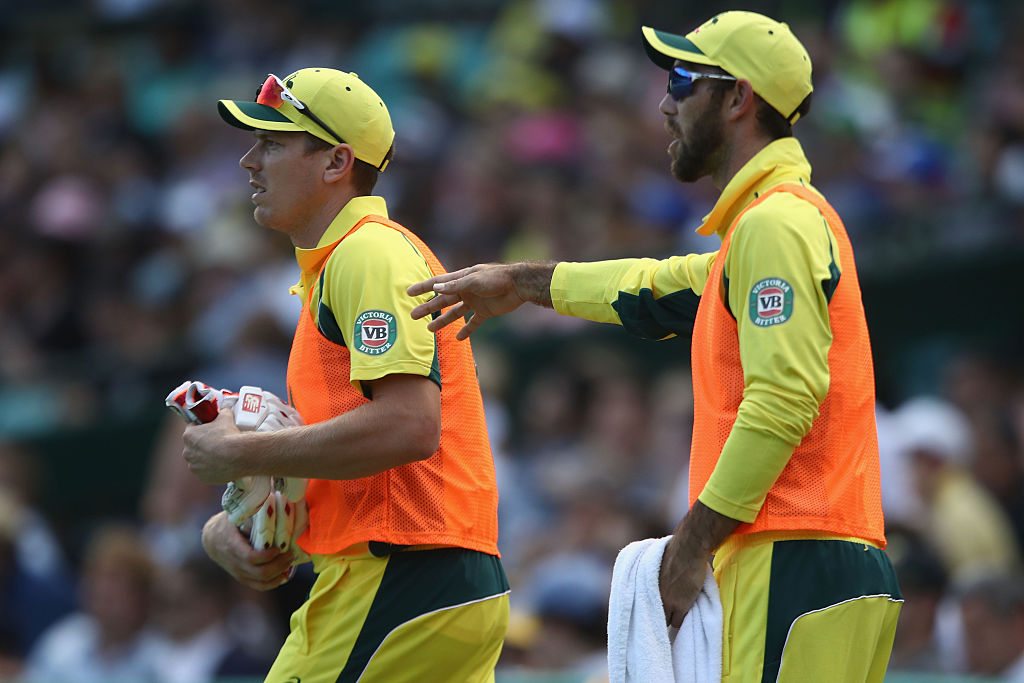 Former Test opener Chris Rogers wants Glenn Maxwell back in the side for the second ODI in Canberra after he was left out of Australia's win in Sydney.

Maxwell had to watch Australia's 68-run win from the sidelines on Sunday, as Travis Head was preferred to the Victorian allrounder.

Head went on to score a career-best 52 at No.6, and was alongside captain Steve Smith for a fifth-wicket stand of 127 runs, before Smith went on to score the most runs in an ODI in Sydney, with 164.

After Maxwell's comments about Bushrangers and Australian teammate Matthew Wade during the week, many thought that was the reason he was left out, but Smith said it was anything but.

“It was more about giving Travis another opportunity,” Smith said.

“I guess it was about them (the selectors) giving (Head) an opportunity first and he played pretty well today as well. He’s taken that opportunity.”

Rogers admitted that Maxwell's comments certainly didn't help his cause in his bid to start the first ODI, but he believes the big hitter should be recalled for the second match in Canberra on Tuesday.

“I think that they really wanted to give Travis Head another go,” Rogers told Optus Sport’s Stumps show.

“He did OK in South Africa, (they wanted to) give him another chance. He had a bit of luck today but he got 50, he’s probably booked himself in for the next two games.

“I also think perhaps when they go to Canberra, a slower wicket, (Australia) might just rest one of their quicks and play Maxwell, use his spin option and his batting as well.

“I reckon they had a bit of an idea (before) this series how they were going to use 'Maxi'.

“It just so happened that he opened his mouth … and it’s caused a stir.

“It’s a tough one, he’s obviously a very passionate guy and maybe a little bit impulsive as well and it’s come back to bite him."

Tasmanian allrounder James Faulkner is also a chance to gain selection, after smashing his maiden Sheffield Shield century for the Tigers last weekend.

“At some stage you want to get (Faulkner) involved as well the way his record is for Australia," Rogers added.

“It's hard to know, maybe if they did go in with Maxwell they might even bring Faulkner in instead of Mitch Marsh, but I’d like to see them give Mitch another go, he hasn’t had much luck today.”