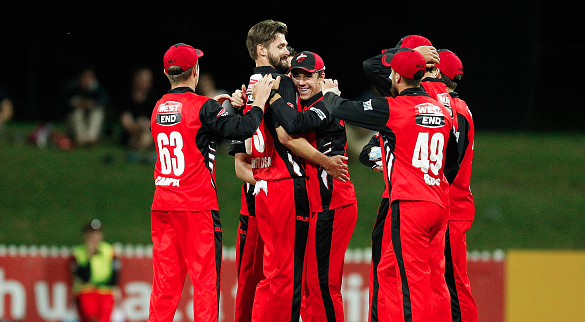 The pressure of chasing 251 to win on a slow-paced pitch at Sydney’s Drummoyne Oval proved too much for Saker’s Bushrangers.

Alex Ross was named man of the match for his unbeaten 97 in South Australia’s 7-250.

“I’m very disappointed. With that sort of talent in the room, we shouldn’t be losing 9-75,” Saker said.

“We knew it was going to be a bit tougher batting second on that wicket but we didn’t give ourselves the best chance.

“We got a decent start but we chewed up some balls and that put a bit of pressure on the back end. That’s not good enough.”