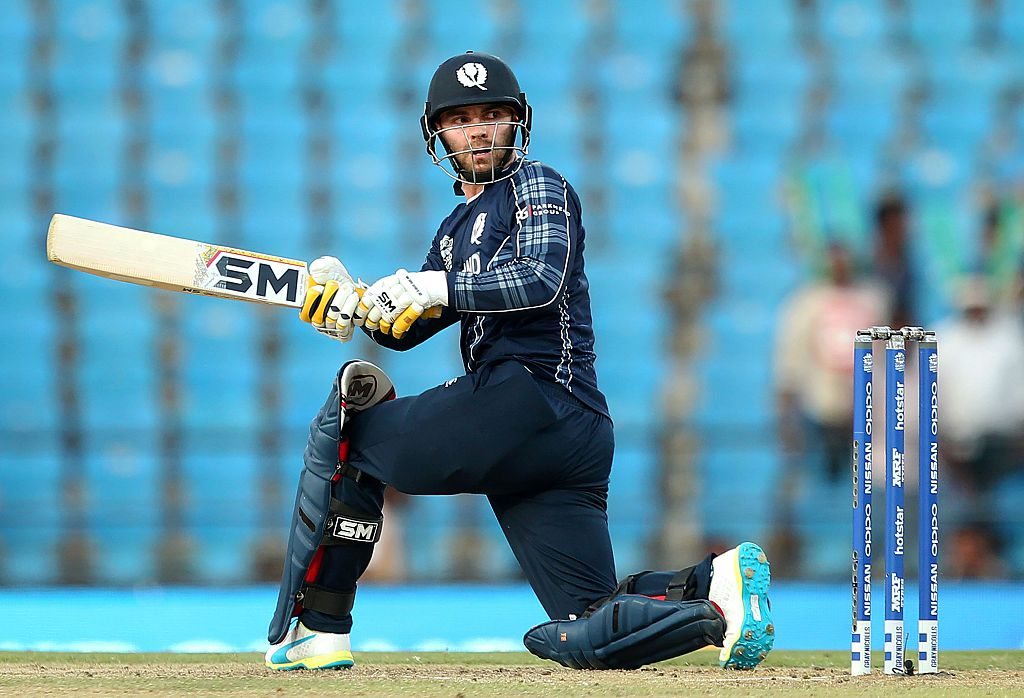 Preston Mommsen has retired from international cricket at just 29 years of age, after citing a lack of fixtures for Scotland as one of the main factors in his decision.

Mommsen believes players who are still in their prime like himself may join him in walking away from the game early unless a more suitable schedule is drafted for Associate teams.

"What was there on a day-to-day basis to keep me motivated and keep me driven to want to keep going in the game? I was spending far more time on the training pitch and the nets and the gym than I was in between the stumps. As a professional cricketer, that was very frustrating," Mommsen told ESPNcricinfo.

"In the last 12 months, certainly, that's not been there, and unfortunately, that has made my decision easier. I can't see that pathway for me over the next 12-18 months that can keep me in and drive me forward."

Mommsen led Scotland to the 2015 World Cup and 2016 World T20 in India, where they won their first ever match at a major ICC tournament, beating Hong Kong by eight wickets.

Despite all this Scotland have not played an ODI against a Full Member since March 2015, and only managed four games against Full Members between the 2011 and 2015 World Cups, which is something that makes Mommsen uneasy.

"That we haven't played, since the 2015 World Cup, a single Full Member ODI, that just makes me feel sick, really," Mommsen said.

"For us, going to the 2015 World Cup was a massive turning point in Scotland's development and we performed respectably, and you would think that would be the platform for us to kick on and make use of that experience. But there's not been the infrastructure that has allowed us to do that.

"For me, at this age, at 27, 28, 29, when you've learnt your game far better than when you had done when you were 22 or 23, you want to be playing as much as possible to maximise all the skills that you have learnt. So that has obviously come into [the decision to retire], that I'm not able to capitalise on that at this time because of the lack of actually playing."

Despite calling for more matches against Full Member sides, Mommsen also believes Associates should play against each other as often as possible to further every country's development.

"Yes, I think it's important that Associates are put up against Full Members, but I don't think that's the only cricket that they should be waiting to play," he said. "I think it's vital that they're getting that number of days of cricket in the year so that they are able to experiment, try different things, grow as a team and as individuals so that every time they do come around to playing that Full Member, they are in a far better position.

"Waiting every four years to play a Full Member is not the answer either, which is another one of my issues, what happens in between the World Cups. When you're not being exposed to Full Members in between World Cups, and then you go to a World Cup and you're expected to perform and you don't, then it's easy to point at the Associates and say, 'You don't belong here.'"

The 29-year-old said the chance to represent his country was the most pleasing aspect of his time with Scotland, and he hopes that the gap between Associate and Full Member sides can be closed over the coming years.

"From my experiences and being exposed to Associate cricket and Full Member cricket, I can see so much potential in the Associates and it just frustrates me that other people don't see that as an opportunity for the game to grow," Mommsen said.

"I think it's been pleasing that the responses I've had, 90% of them are regarding my efforts for Scotland on the pitch, off the pitch and as a leader, which is hugely satisfying.

"I'm very grateful for those messages and it makes me very happy that people have recognised that I've given a huge amount to Scottish cricket, and I hope to do so in future from an off-the-field point of view. But, of course, people have also recognised the fact that I have spoken out, and me doing this is, I guess, a form of speaking out. But, hopefully, I will be remembered for what I did on the field when representing Scotland."