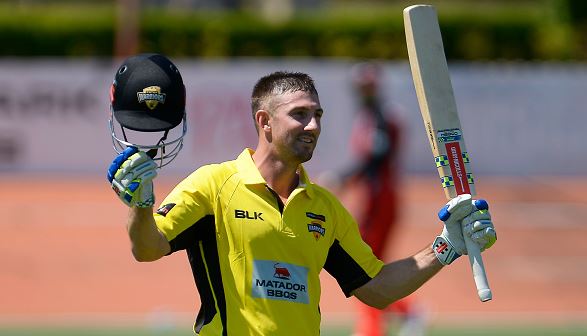 He is the first player to be sanctioned for failing to wear a helmet that complies with CA's new state equipment and apparel regulations.

From October 1, all Australian and State contracted players are required to wear a new style of helmet to better protect the head.

"All Australian and State contracted players to wear a helmet compliant with the British Standard – BS7928:2013 ‘Specification for head protectors for cricketers,'" Cricket Australia said in a statement.

Players were advised earlier this year of the new regulations, with umpires during the Matador Cup completing random checks throughout the tournament.

As it was Marsh's first offence in the past 18 months, he was offered and accepted a reprimand.