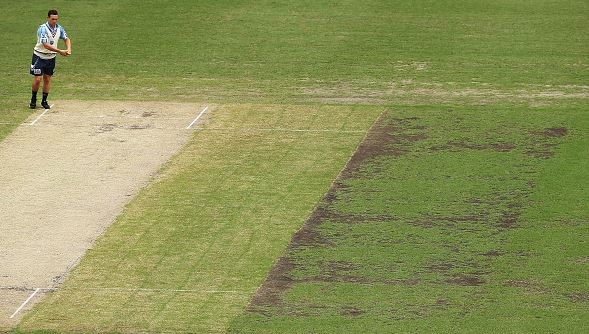 The SCG has been stripped of New South Wales' next Sheffield Shield match, after the ground was deemed to be unsafe.

The match between Victoria and NSW was officially abandoned yesterday, after heavy rain resulted in unsafe playing conditions, prompting umpires to call the match off after just 34.2 overs of play.

The Blues' next Shield game, against Tasmania, will instead be played at Bankstown Oval.

The traditional SCG Test match in the new year is not under any threat at this stage, with grounds staff expected to be able to improve the playing surface over the next month.

Victoria was awarded the maximum points from the match.