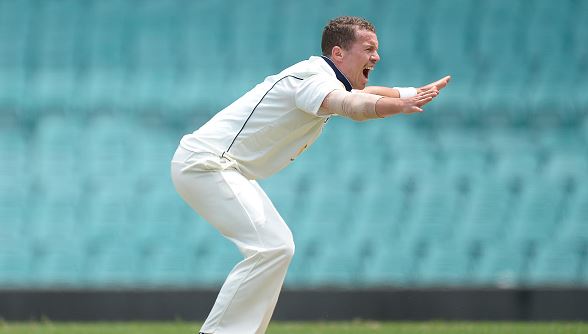 A frustrated Peter Siddle has accused Western Australia of 'not having a crack for all four days' of their Sheffield Shield match against Victoria.

Led by a maiden first-class century from Will Bosisto, the Warriors batted out 106 overs in the fourth innings to finish on 8-282 having been set 390 to win.

"When you've played four hard days of cricket and you're the only team playing out there, it does make it hard," he said, borrowing from Bill Woodfull's famous quote from the 1932-33 Bodyline series.

"You come here to play against an opposition and you're pretty much playing a match by yourself. That's the disappointing thing.

"On a wicket ... you could probably still play another couple of days on it. Great opportunities.

"We scored over four an over in both innings (and) I think that explains everything about the way we're going about our cricket at the moment and the way the opposition is.

"They can play how they want to play. We don't mind the way we play. We'll keep playing like that.

"They didn't have a crack at all for four days. It was up to us to run the game the whole match.

"We gave them a couple of generous declarations. We gave them plenty of opportunities and they didn't take any of them.

"To get those last few wickets was a great effort by the boys. But there's a lot of disappointment in a lot of ways."