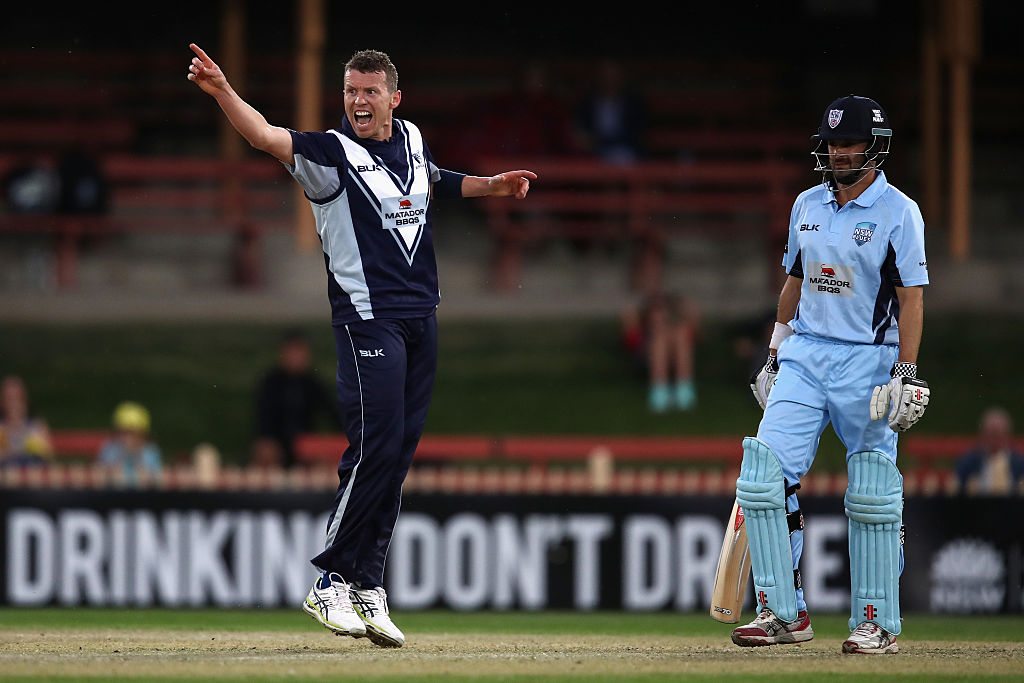 The Bushrangers have named Peter Siddle for Tuesday's opening Sheffield Shield game against Tasmania at the MCG.

Siddle missed the past eight months through injury before returning to Matador Cup action over the past two weeks, and his form and fitness has warranted his position in Victoria's team.

Victoria are aiming for their third successive Shield title, but will have to do so under their third coach in three years with Andrew McDonald now at the helm.

Test paceman James Pattinson is unavailable due to a back injury, so Chris Tremain and Scott Boland will join Siddle as members of the Bushrangers' pace attack.

The battle for the side's only spinner was between Jon Holland and Fawad Ahmed, and Holland - who made his Test debut in Sri Lanka in August - was given the nod.

Victoria begin the defense of their Shield title against Tasmania on Tuesday, and the game will be a day-night match using the pink ball.