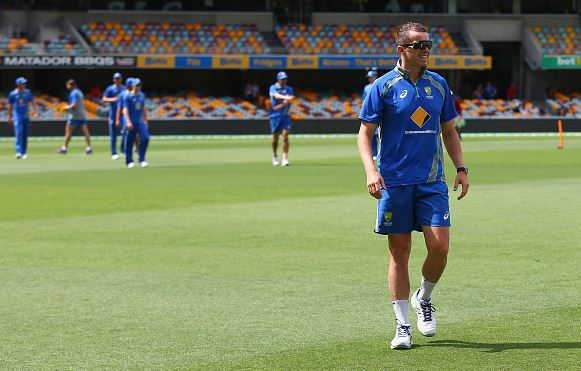 Victorian paceman Peter Siddle said he was shocked to be left out of the Test squad to face New Zealand at the Gabba today.

The veteran quick was released from the Test squad so he could link up with state side Victoria, who he will play for in the Sheffield Shield clash against New South Wales in Sydney starting on Friday. That’s despite still being listed as Australia’s official 12th man in the first Test.

Speaking to Fox Sports News, Siddle admitted the decision to axe him from the side following a six-wicket haul in the fifth Test of this year’s Ashes series had been difficult to take.

“It’s always disappointing to miss out but especially after the Ashes and how I finished up over there.

“It was obviously a bit of a shock but there’s not much I can do about it. I’ve just got to be ready when my opportunity comes.

“After coming back in and waiting so long to get that opportunity again and do so well makes it a bit hard to take this time round.

"But I could be a lot further away from the team than I am at the moment so it’s not all bad."