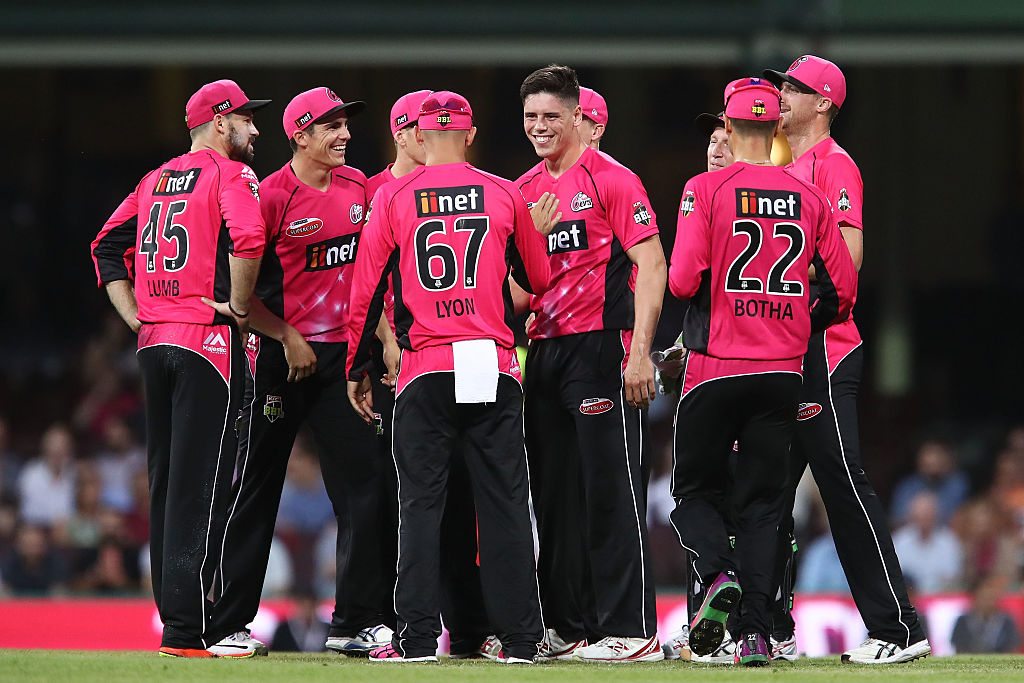 The Sydney Sixers have put themselves in a strong position to host a home semi-final after beating the Renegades by six wickets at the SCG on Monday night.

Sydney's top order led the way for the Sixers, as they chased down Melbourne's first innings total of 170 with just three balls remaining.

The Renegades batted first and opened with Sunil Narine once again, but the West Indian couldn't make an impact this time, and was caught and bowled by Jackson Bird for just four runs.

Cameron White came in but was sent packing in the fourth over, before Aaron Finch and Tom Cooper combined for 72 runs before the faintest of edges saw Cooper depart for 39.

Callum Ferguson took over from Cooper and was on the attack, but Finch was the man in form, as he blasted 57 from 44 before he was caught off Johan Botha.

Ferguson smashed consecutive sixes in the final over before being dismissed with the last ball of the innings, as Melbourne set Sydney a task with the bat.

Daniel Hughes was partnered with Michael Lumb to open Sydney account, and the Sixers' highest run scorer of the tournament so far got off to another flying start.

Six fours and a six saw Hughes race to 41 off 29, before Narine took the opening wicket of the innings after the Sixers put on a 72-run opening stand.

Lumb went two overs later and was dismissed with the following ball after play was stopped due to Renegades wicketkeeper Peter Nevill being taken from the field after he was struck in the head with an errant throw.

Nic Maddinson and Moises Henriques added strong totals of 26 and 30 respectively, but Brad Haddin was the match-winner for Sydney, as his 31 from 23 deliveries included the winning runs in a big result for the Sixers.

The Sixers veteran stepped up when it mattered for Sydney, and kept the runs ticking over despite Melbourne's best efforts with the ball late in the innings.

Hughes top scored for Sydney once again, and has been one of their best players throughout their BBL06 campaign.

Melbourne's captain scored the only half century of the match with 57 from 44, and even put the gloves on for a couple of overs when Nevill went down during Sydney's innings.