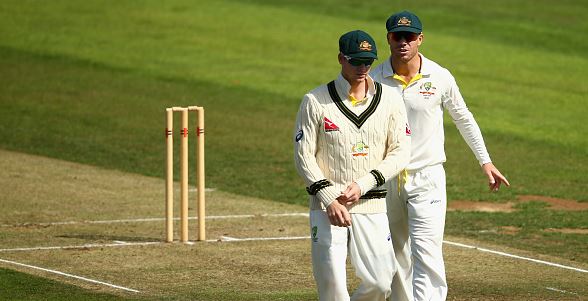 After reports suggesting it may happen, Michael Clarke has confirmed his retirement from the Test arena.

He will play his 115th and final Test for the Australians as they hope to salvage some pride at The Oval against the English.

As expected, Steve Smith was announced as Clarke’s replacement as captain of the Test side, with David Warner appointed as his vice-captain.

Unfortunately for the Aussies, the tough choices won’t end there, as they look to find some positives from a horror tour of the motherland.

It seems as though Shane Watson has played his final Test, and I’d be willing to say the likes of Adam Voges and Shaun Marsh probably won’t feature beyond this tour either. Chris Rogers will join Michael Clarke in retirement.

That means four Australian top/middle order batting positions will be up for grabs.

Australia’s next tour is to Bangladesh, which should give the tourists a great opportunity to blood some younger players.

With all due respect to the Bangladeshis, they should not worry a focused Australian outfit, especially one smarting from their recent Ashes loss.

Now is the best chance to usher in a new era of Australian batsmen.

As it stands only David Warner, Steve Smith and possibly Mitch Marsh have their passports stamped for Bangladesh.

Wicketkeeper Peter Nevill would also have to be mighty unlucky not to travel with the side after his solid debut series.

In something I wrote earlier, I suggested Usman Khawaja, Joe Burns and Chris Lynn should come into contention, with Mitch Marsh filling the all-rounder spot.

I would also send 22 year-old Western Australian Cameron Bancroft on the tour for experience, and would be tempted to hand him a debut in the two Test series.

It’s fair to say that handing three young batsman their debuts is a gamble and has some pretty big risks, while Usman Khawaja has been out of the Test scene for a few years now.

That being said, I believe it to be well worth the risk.

As great as Marsh and Watson have been, and despite taking into account Voges' incredible form prior to the English tour, now is certainly not a time to let emotion override the need for change.

To make the transition easier, it’s best the selectors announce the squad as soon as the Aussies arrive back home, allowing the youngsters to mentally prepare for a Test series on foreign soil.

Mitch Marsh would be the fourth most experienced member of the batting line up with just five test matches to his name.

Peter Nevill has two Test caps, meaning the Aussie top seven would have just 90 Tests between them should Burns and Lynn be selected.

Considering Michael Clarke has represented his nation 115 times at test level, it really shows how big a punt the selectors would be taking by adopting a youth policy.

Shaun Marsh, at 32 years of age, has 12 Test caps, and may hold onto his spot almost by default. The experience gained in those 12 Tests may be vital to help usher the younger brigade into the side.

However, in my opinion, Marsh’s form just does not warrant another crack at Test level. As good a batsman as Marsh is, he will be 34 before Australia next competes for the Ashes, and is at long odds to still be playing the game when Australia next tour England.

Adam Voges is 35 right now, and won’t come into calculations for the next Ashes series. I can’t see him traveling for the October Test series.

Then there is the tough decision when it comes to the bowlers. Although the Aussie bowlers have performed well, none of the three main quicks have announced themselves as must haves in future series.

Starc has probably been our best with the Duke ball during the series, however even he has been erratic at times.

Pat Cummins must play in Bangladesh. He may be a little raw, but he has an unlimited upside. His pace and aggression will cause plenty of problems, and if he can stay fit and put some Tests together in a row, he should feature for plenty of years to come.

There has been talk of bringing in a young spinner for the fifth Test, although Lyon, at 27, still has plenty to offer and could represent Australia for another six or seven years if he continues to improve.

There are plenty of tough decisions ahead, but this could be a very positive moment in sculpting the future of the Australian cricket side.

If they can bring in some young batsman, have them tour a country that is not on the other side of the world, and by all rights shouldn’t provide the toughest initiation, the future could be very bright.

The brains trust just need to be ready to make those tough choices.