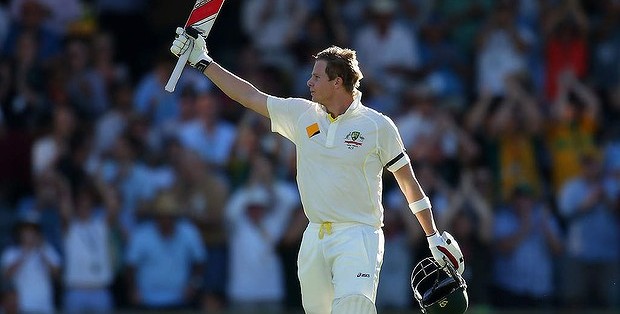 Australian batsman Steve Smith has questioned England's tactics after Australia dominated the home side on day one of the second Test at Lord's.

"Look I was a little bit surprised that Trevor Bayliss would allow Alastair Cook to have a deep point for as long as he did today to be honest," Smith said in his post match press conference.

"I think it was a good pitch to bat on but they got defensive quite quickly.

"I know that's one thing we're certainly not going to do."

Smith and Rogers both scored centuries as they helped Australia to 1-337 at stumps on day one. However, England had their chances, with both batsman being dropped early in their innings, albeit from difficult chances.

Smith's comments are sure to add further salt to the wounds of England's bowlers, who will be very keen for early wickets when play resumes on day two.