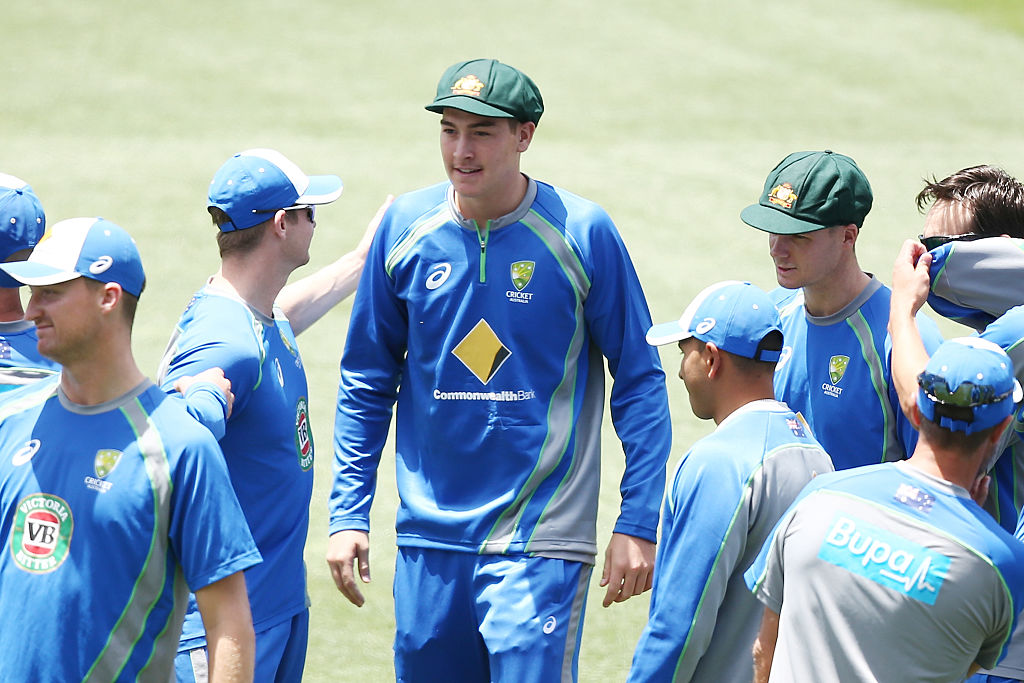 Australian captain Steve Smith said his side responded quite well to the previous losses to South Africa in the series, and believed the fact the Australian side played three Test debutants helped.

Matt Renshaw, Peter Handscomb and Nic Maddinson all made their first appearance in a baggy green, and Smith said given those three players hadn't directly felt the pain of the previous defeats, it held them in good stead.

"I thought we responded really well," Smith said of the pink ball conditions.

"We had three batters in the top six who had no scars or anything like that so they were able to come in and play their natural game, which was nice. I thought we adapted really well.

"I thought Usman (Khawaja) was outstanding to come in under a pretty tricky situation on that night, opening the batting and get through that difficult period in the night and then bat the whole next day. It shows a lot about his character and what he's willing to do.

"I thought he played beautifully out there for seven hours to wear them down and score a big hundred. I guess that's the sort of template we're looking for in our top six batters."

As well as Khawaja, Smith was also thrilled with the performance by Renshaw, and said his patience was that of someone with many more years of experience than the 20-year-old.

"I thought he played quite well. He knows his game very well," Smith said.

"Obviously he got beaten a lot, but he wasn't chasing the ball. He was keeping his line. South African had some quality bowlers that nip the ball quite a bit so you can't afford to follow them. Something I thought Usman did particularly well in the first innings.

"He [Renshaw] played the line and let the ball that nips go past the bat and he didn't seem phased by it at all. He just got on with the job and made them bowl to him.

"When they got a bit straighter he picked them off and that's the way he goes about his game and it was nice for him and Petey [Handscomb] - two guys on debut - to be there at the end."