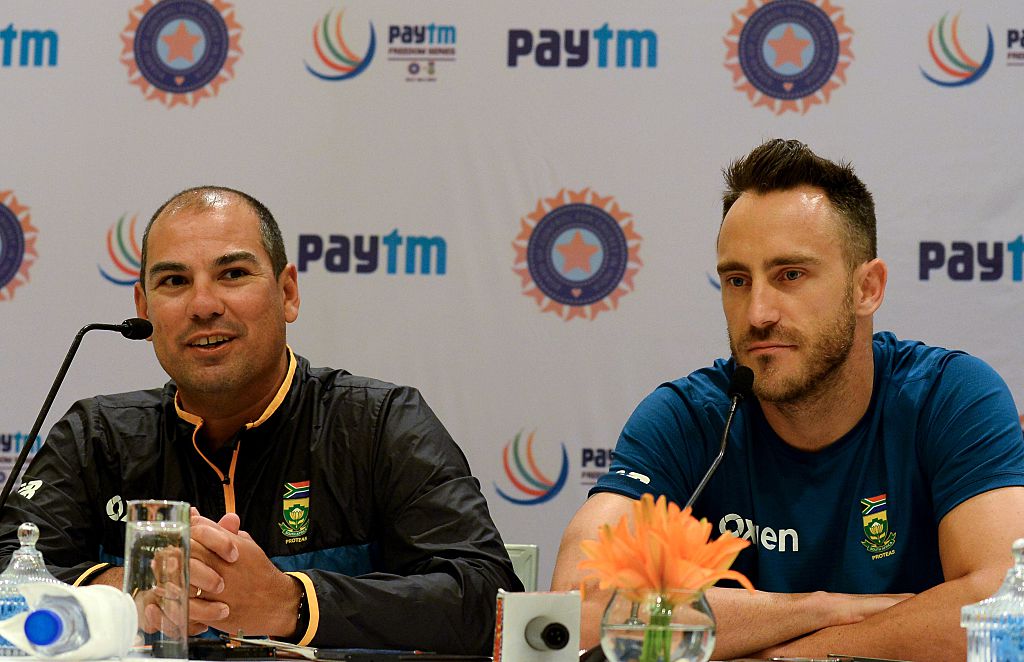 South African coach Russell Domingo has admitted his side's preparation for the third Test in Adelaide has been compromised due to the media attention and ICC hearing for Faf du Plessis' ball-tampering charge.

Du Plessis didn't train with the Proteas on Tuesday and instead fronted ICC match referee Andy Pycroft over his ball-tampering charge, and it was found that the captain was guilty of applying an artificial substance to the ball, and was fined 100% of his match fee for the Hobart Test.

The squad has also had several run-ins with the media since the du Plessis footage came to light, including a physical altercation between a member of South African security and a journalist at Adelaide airport on Monday.

"It's been an interesting few days, we've had a wonderful tour here, we've played great cricket, we've had long discussions and our focus now is purely on cricket," Domingo said Tuesday.

"It hasn't been an ideal preparation, there's no doubt about it, I would be lying if I said it has been spectacular preparation.

"(But) I am comfortable with the way we've gone about it, we are a unified team, we stand by our captain, and we stand by the decisions we've made.

"They might not have always come across as ideal, but in that particular time and space we thought they were the right things to do."

Domingo also threw his support behind du Plessis, and said the 32-year-old has the experience and capabilities to deal with everything he's been through over the past week and still put up a team-leading performance when the third Test starts on Thursday.

"He's a tough man Faf, it's never pleasant when everybody has got an opinion on you and people judge you before a ruling has been made or decisions have been made," Domingo said

"But I suppose that's the nature of the world at the moment, everybody has got an opinion and can air that opinion and you are constantly seeing yourself in newspapers and things written about you.

"I suppose it does wear you down at times, but he's a tough man and a resilient man and the team has supported him and surrounded him and tried to lessen the load on him personally."