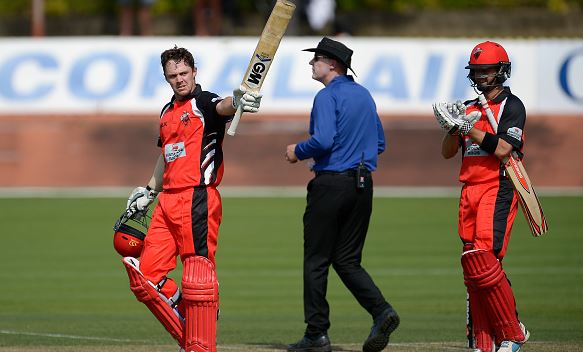 A double ton from South Australian skipper Travis Head has helped the Redbacks record a remarkable victory over Western Australia on day one of the Matador BBQs one-day cup.

Chasing a mammoth 351 for victory, South Australia reached the total in the 47th over, with six wickets in hand.

Captain Travis Head was the star of show, scoring 202 off just 120 balls. He reached his double century off 177 balls, in an innings that featured 20 fours and 12 sixes.

Callum Ferguson also enjoyed a day out, scoring an unbeaten 112 off 118.

Bancroft scored 176 from 155 balls, while Marsh scored 109 from 104 balls, to notch the highest opening stand for Western Australia in one-day domestic history.

However, it wasn't enough, with the Redbacks producing a scintillating batting display to take the honours on the opening day of the 2015 Matador Cup.

That's it! A DOUBLE TON for @travishead34! This has been some sort of performance from the captain. He's hit 32 boundaries! #MatadorCup