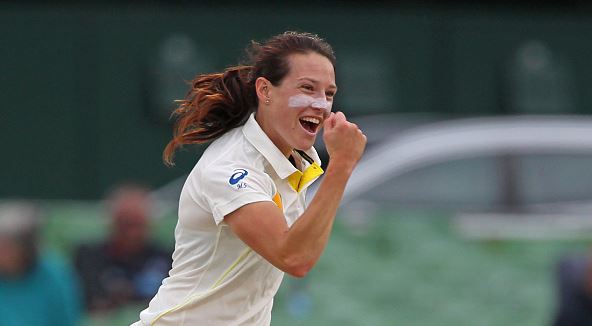 The Southern Stars have a 106 run lead after day two of the one off Women's Ashes Test against England.

Australia declared their innings on 9-274, after resuming at 6-268 on day two. Debutant Jess Jonassen fell agonisingly short of a century, as she was trapped in front on 99.

Australia then put in a brilliant bowling display to bowl the hosts all out for just 168 in their first innings.

Elysse Perry and Megan Schutt were the pick of the bowlers, taking 3-38 and 4-26 respectively.

England were never in sight of Australia's innings, as they lost wickets at consistent intervals through the day, including two wickets in the opening three overs to set the tone.

The Aussies are now in the box seat to win the Test and wrap up the Ashes.