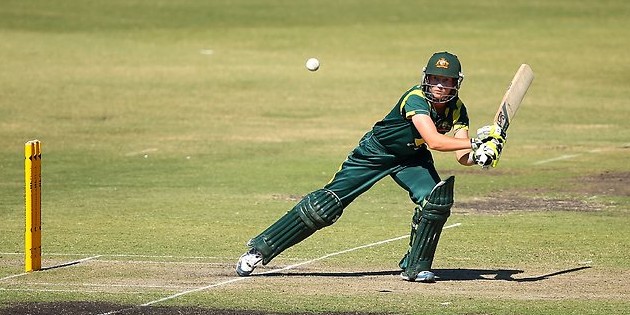 The Southern Stars have recorded a big win in the third ODI against England in the women's Ashes series overnight.

The Aussies recorded a 2-1 series win against England in the ODI series, with a one off Test match to follow to decide the fate of the series.

Meg Lanning and Elysse Perry once again starred for the tourists, scoring 85 and 67 respectively, as Australia reached a score of 7-241 after batting first.

England struggled from the start of their run chase, losing a wicket in the first over and the third over of the innings.

They then lost wickets at consistent intervals, before being bowled all out for 152 in the 44th over, 90 runs short of victory.

Beams was the best of the bowlers for the Aussies, taking figures of 3-13 off four overs, while Perry (2-16) and Coyte (2-38) were also impressive.

Elysse Perry was named player of the series, for her brilliant form with both bat and ball.

Australia take a four points to two lead after the ODI series, with the one off Test match to start on August 11 in Canterbury.