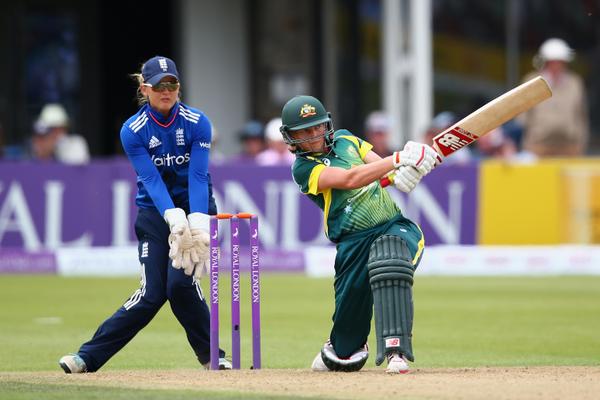 The Southern Stars have leveled the Women's Ashes series after a 63 run win in the second ODI.

Meg Lanning was the star for Australia, belting 104 off just 98 balls to help the Aussies record a score of 6-259 after batting first in Bristol.

England won the toss and sent Australia into bat and the tourists got off to a positive start, with a 65 run opening stand between Bolton and Villani. The opening pair made solid starts of 37 and 35 respectively, before Lanning came in at No. 3 to be the mainstay of the innings. Elysse Perry was impressive once again, as she shred in a 132 run partnership with Lanning with a solid knock of 48 to make it 3-235 after 46 overs.

The Aussies lost a few quick wickets towards the end of the innings as they searched for quick runs, to reach 6-259.

England's run chase got off to a good start, with Edwards and Knight having a 92 run opening partnership, before the latter was dismissed for 38. Edwards went on to make 58 and No. 3 Taylor, made 43 to mark three good contributions at the top of the order.

However, their middle and lower order suffered somewhat of a collapse, with only two batsman scoring double figures, as they were dismissed for 196 in the 43rd over, giving Australia a 63 run win.

Megan Schutt was the pick of the bowlers, claiming figures of 4-47 off her 10 overs.

The third ODI is on Sunday in Worcester.