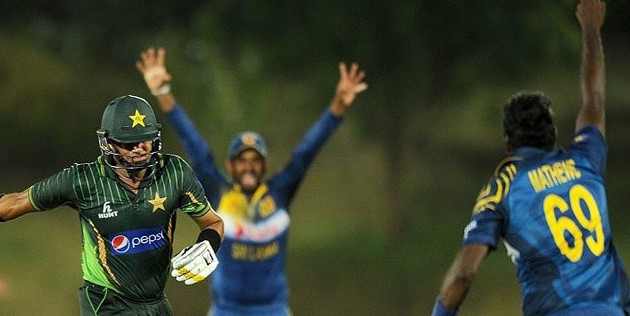 Sri Lanka have won the fifth and final ODI by 165 runs overnight, as Pakistan recorded a 3-2 series win.

Pakistan, having already sown up the series, were absolutely demolished by an impressive Sri Lankan side who recorded their biggest ever ODI score against Pakistan, notching 4-368.

Pakistan were then dismissed for a mere 203 after just 37 overs, on what was an ideal batting wicket.

Perera was the star for Sri Lanka, scoring 116 off 109 balls at the top of the order, in an innings which included nine fours and four sixes.

Mathews (70 off 40 balls) and Siriwardana (52 off 26 balls) then guided the hosts home, as they finished off a dominant batting display.

Pakistan looked good early on in the innings, as they reached 2-116 in the 20th over, before the wicket of Mohammed Hafeez sparked a disastrous collapse, with the tourists losing their last eight wickets for just 87 runs.

Senenayake and Perera did most of the damage, taking five wickets between them.

Pakistan's series win follows up their 2-1 Test series victory, making it the first time Pakistan has claimed a double in Sri Lanka since 2006.