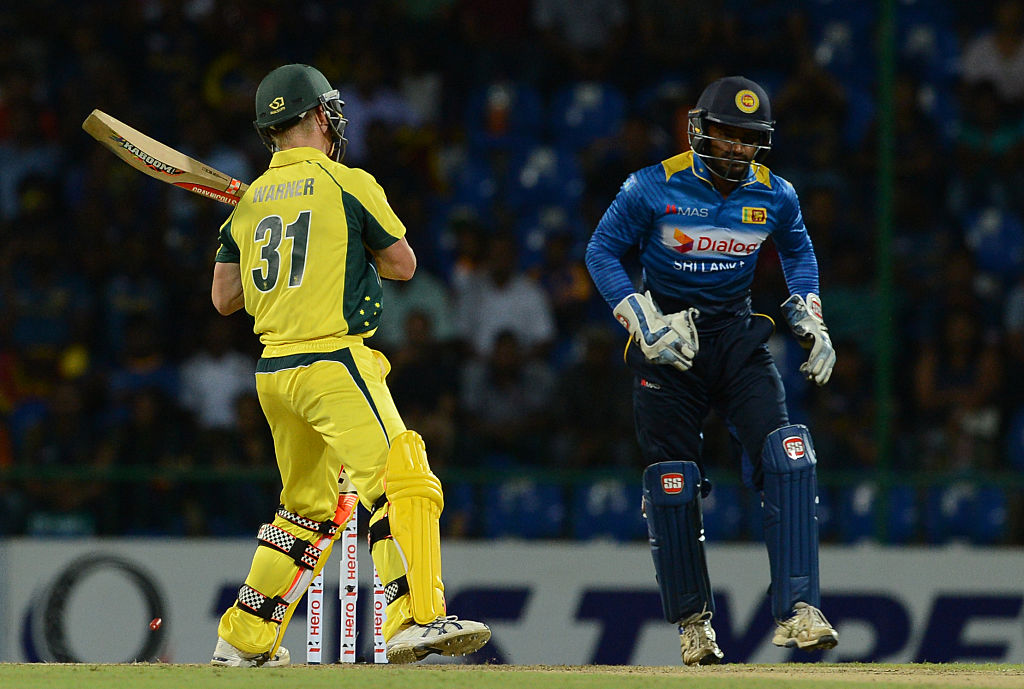 The off-spinner bowled Warner on 28 and proceeded to tell the opener in a very direct manner what he should do next during Tuesday night’s match at Pallekele Stadium, near Kandy.

Sananayake has been fined 30 per cent of his match fee for breaching the governing body’s code of conduct, the International Cricket Council said.

The bowler was found to have breached Article 2.1.7 which relates to “using language, actions or gestures which disparage or which could provoke an aggressive reaction from a batsman upon his dismissal during an international match”.