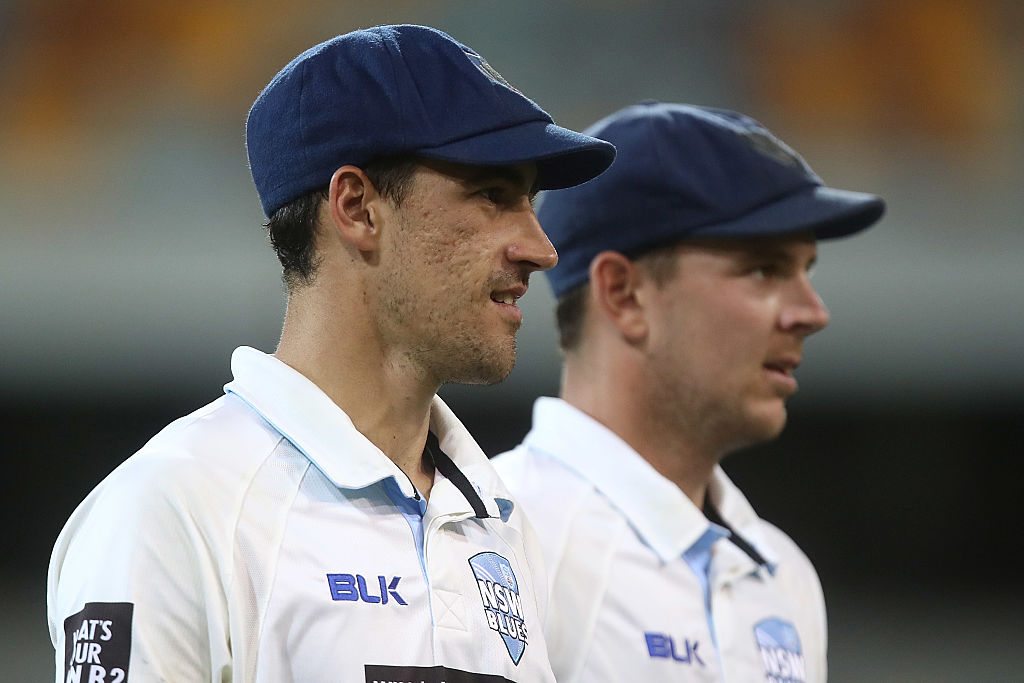 Former Test paceman Jason Gillespie believes Mitchell Starc and Josh Hazelwood will one day be regarded as the best fast bowling duo Australia has ever seen.

Despite a 2-1 series loss to South Africa during their recent visit, the bowling pair were the best two Australian players over the course of the series, with Hazlewood taking 17 wickets and Starc 14.

The pair have taken 161 wickets in the 17 Tests that they've played together, and with Starc at just 26 years of age and Hazlewood 25, Gillespie says there's no doubt in his mind about where this duo will rank when their careers end.

"Starc and Hazlewood, without doubt, will be the best fast bowling combination Australia has ever produced," Gillespie told cricket.com.au.

"I’ve got no doubt about that.

"They’ll stay fit, they’ll stay healthy, they’re learning their trade all the time, they complement each other very well.

"Starc (is a) really fast, aggressive, nose-and-toes attacking option who can swing the ball late at pace.

"And then you’ve got Hazlewood who is an aggressive bowler but in a different way. He’s aggressive with his relentless line and length, he’s very disciplined.

"A big, tall strapping lad who can bowl long, penetrating spells, hits a really good spot on the wicket. It’s like he hits a shoebox; just puts it on a length and he’s just relentless with that.

"He gets the batsman a bit unsure about whether to go forward or go back. They fend at the ball and if you can get a little bit of movement in the air or off the pitch, he brings his wicketkeeper and slips into play.

"I think they’re both fine bowlers. In many years’ time when we’re reflecting on great Australian cricketers, those two will be right up there."

For the pair to become the best Australian bowlers of all time they'll have to surpass Gillespie himself, as Dizzy and teammate Glenn McGrath have taken 458 wickets in 58 Tests, the most of any Australian duo.

With Hazlewood being compared to McGrath in recent years, the right-arm quick has praised the 25-year-old's comeback after a disappointing Ashes series last year.

"(There was a) little bit of a hiccup there in the Ashes series, but since then he’s just gone from strength to strength and he’s going to lead the Australian attack for a long, long time.

"He’s definitely his own man. There’s a few similarities there; he’s tall, he’s strong, bowls good areas, gets that bounce, he's very consistent with where he bowls and he’s been doing exceptionally well.

"If you want to be the number one team in the world you have to have a quality bowling attack.

"The fact we’ve got Mitchell Starc who can bowl 150kph-plus, swinging the new ball, he’s such a dangerous bowler ... Australia’s in good hands there."