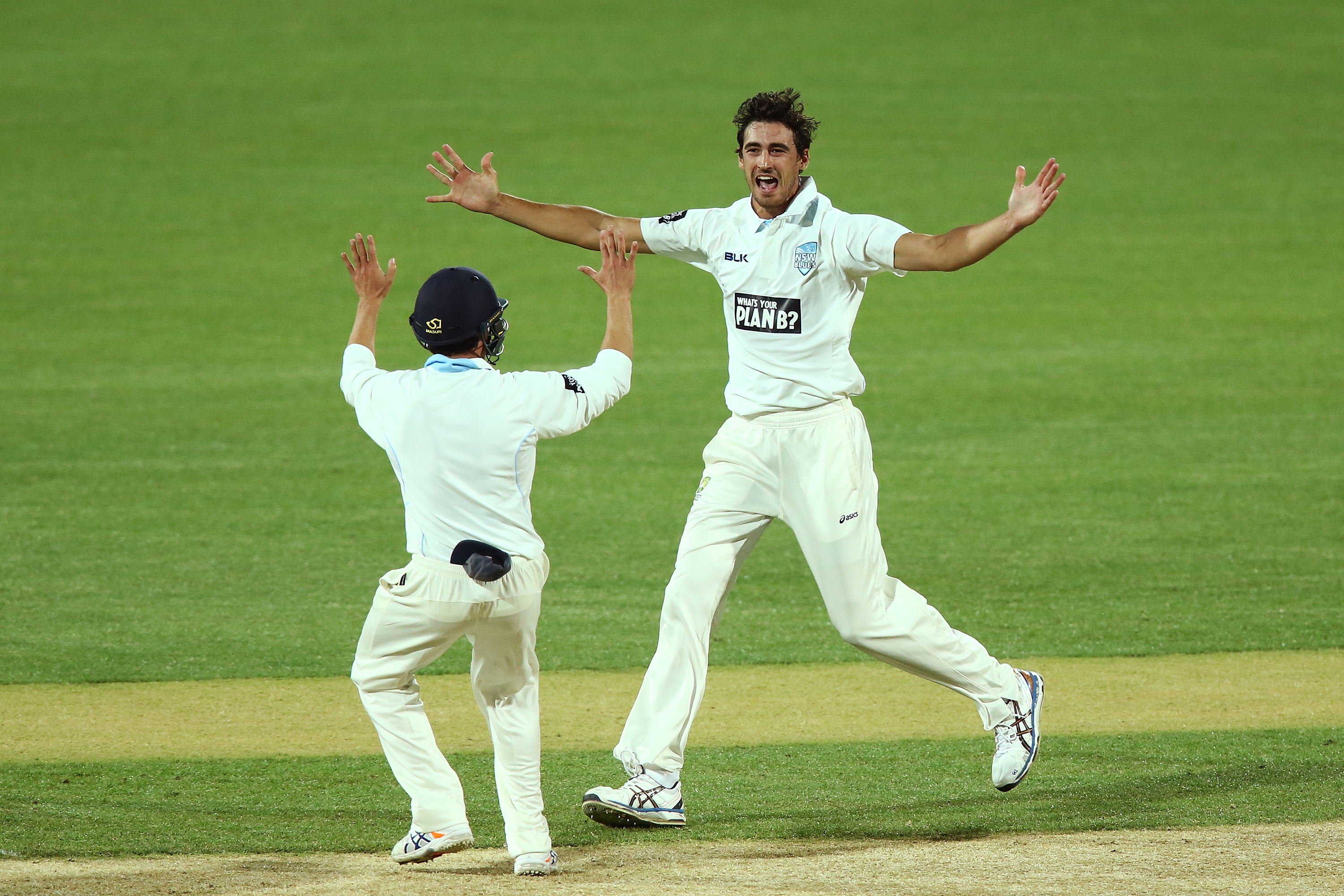 Mitchell Starc has continued his stunning form overnight as the first ever day-night Sheffield Shield round got underway last night.

Starc took 2-2 in three overs, while Josh Hazlewood took one wicket, as South Australia slumped to 3-3 at stumps on day.

Western Australia reached 6-259 at stumps on day one of their Shield match with Tasmania, with Michael Klinger top scoring with an unbeaten 129.

In the third match of the day, Queensland took the honours on day one, reaching 4-298, thanks to an impressive century from debutante Scott Henry, who was the last wicket to fall on 141.

John Hastings was the best of the bowlers for the Vics, with figures of 2-36 and 11 maidens from 25 overs. James Pattinson and Fawad Ahmed took one wicket each.