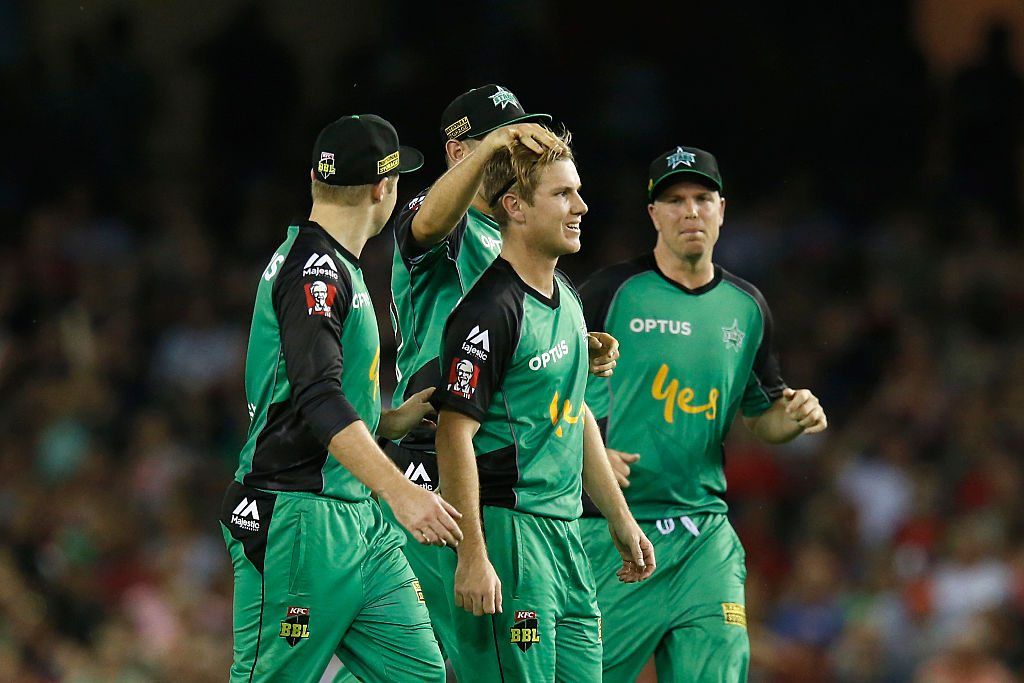 After losing to their cross-town rivals on Monday, the Melbourne Stars have got one back over the Renegades, beating them by 46 runs at a packed Etihad Stadium on Saturday night.

Aaron Finch won the toss for the Renegades and sent the Stars in, which backfired immediately as the Stars raced to 1/58 after the power play.

Rob Quiney and Kevin Pietersen combined for a 66-run stand early in their innings, before Quiney fell to Trent Lawford for 51.

His English counterpart picked up from where Quiney left off, as Pietersen blasted 10 boundaries in a very impressive 73 from 46.

Glenn Maxwell and David Hussey added 24 and 27 runs respectively to round out the innings, as the Stars powered to the magical double century mark, finishing their innings on 7/200.

The Renegades went with Sunil Narine to open the batting once again, and despite an early six to the West Indian, he departed after just 10 deliveries with 12 runs to his name.

Aaron Finch put up a fight with a quick fire 27 from 13, but the captain was too greedy and was caught in the deep by James Faulkner.

Cameron White was the only other Renegade to put up a decent run tally (38 from 29), but was dismissed by Adam Zampa, who had career figures of 3/19 from his four overs.

A massive knock from one of the best in the Big Bash, as Pietersen's 73 was a massive factor in the Stars' run tally of 200.

Career figures for the spinner, as 3/19 from his four overs with eight dots led the Melbourne Stars attack. Took the key wickets of Cameron White and Marcus Harris, as well as Trent Lawford.

Opened the batting for the Stars and got his side off to a brilliant start. 51 from 30 with nine boundaries paved the way for Pietersen and Maxwell to follow.