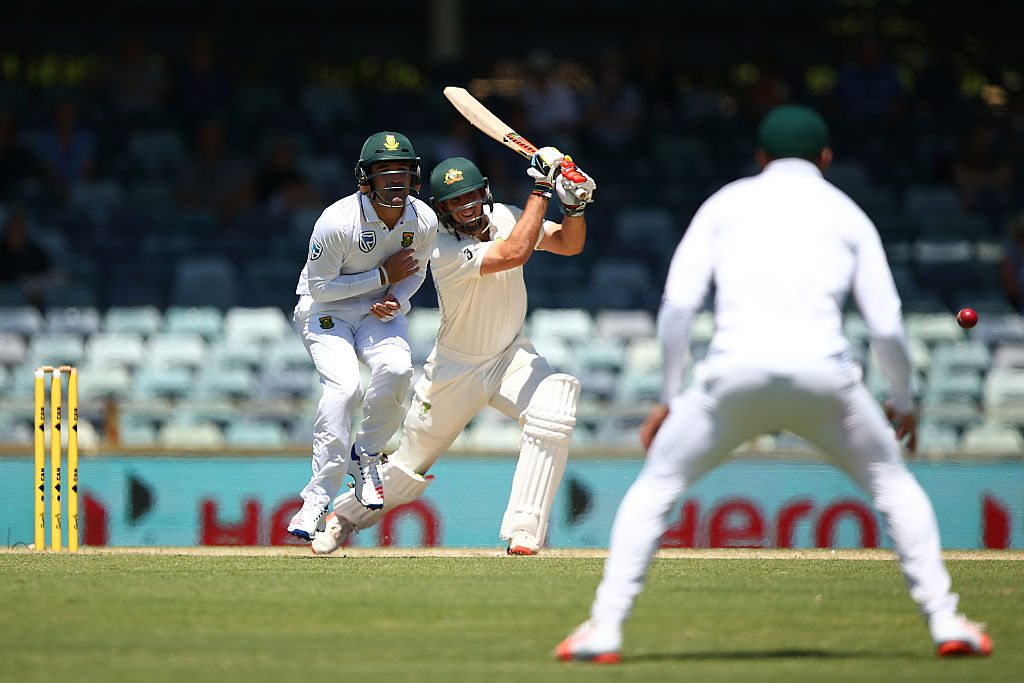 Former allrounder Andrew Sydmonds is the latest ex-player to call for a re-jig of our batting line-up.

Symonds has joined former opener Chris Rogers in suggesting that Mitch Marsh should lose his spot in the side for the second Test.

While a Test allrounder can be hugely beneficial and add versatility to the side, Symonds says Australia is trying too hard to manufacture an allrounder spot when it may not be a position they can fill right now.

“My thoughts on an all-rounder is don’t force the issue if you haven’t got one that fits the bill,” he said.

“If you don’t have an out and out all-rounder you’ve just got to balance your team another way.

“But if you haven’t got those jewels in the crown, well you’ve got to find another way.”

However, recently retired allrounder Shane Watson believes that Australia should stick with Marsh, having spent years grooming the younger brother of Shaun for the Test side.

“I think they’ve already invested a lot of time in him and they’re already a long way down the track with it,” said Watson.

“They’ve got to continue to commit to him and have the faith that it’s just going to come together.

“The more experience he has the better he’s going to be.

“(Batting wise) he just has to find what it’s from a tactical point of view, a mental point of view that’s going to give the best chance of being consistent.

“He’s a great guy around the group, he’s a natural leader, and he’s doing a great job with the ball and the batting, I think it’s only a matter of time for it to click.”