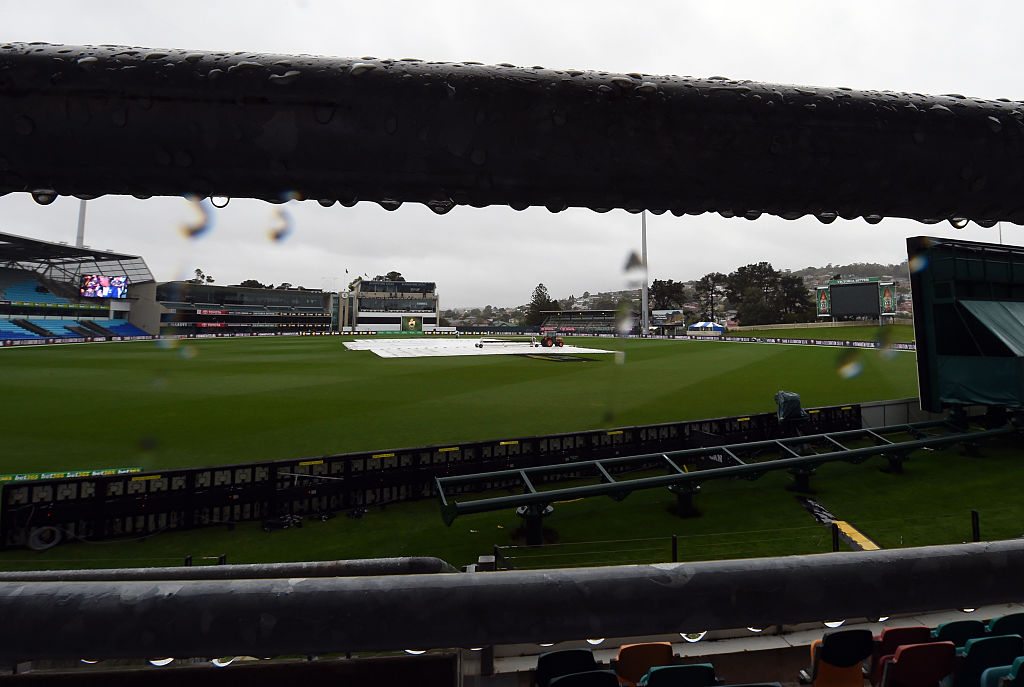 Cricket Australia CEO James Sutherland has been pleased enough with the start of the Hobart Test that Tasmania will remain in contention as a future Test match venue.

Day two was completed abandoned due to rain on Sunday but the weather didn't put Sutherland off the thought of Blundstone Arena hosting Australia again.

"This a Test venue and we want to continue to play Test cricket down here," he told ABC Radio on Sunday.

"A little bit of it will depend on how things evolve with the structure of international cricket.

"It might be that we reduce the total number of Test matches to an average of five per summer but we're still intent on sharing content around the country and matching it up according to who we play."

Over 7000 people turned up in Hobart on day one of the Test, and Sutherland believed it may have been more of the same for days two and three had rain not be forecast.

"A tier-one Test opponent down here has been something that they've longed for," he said.

"(But) when that long-range forecast came out for the week, ticket sales which were going very well, dropped off the edge of a cliff."