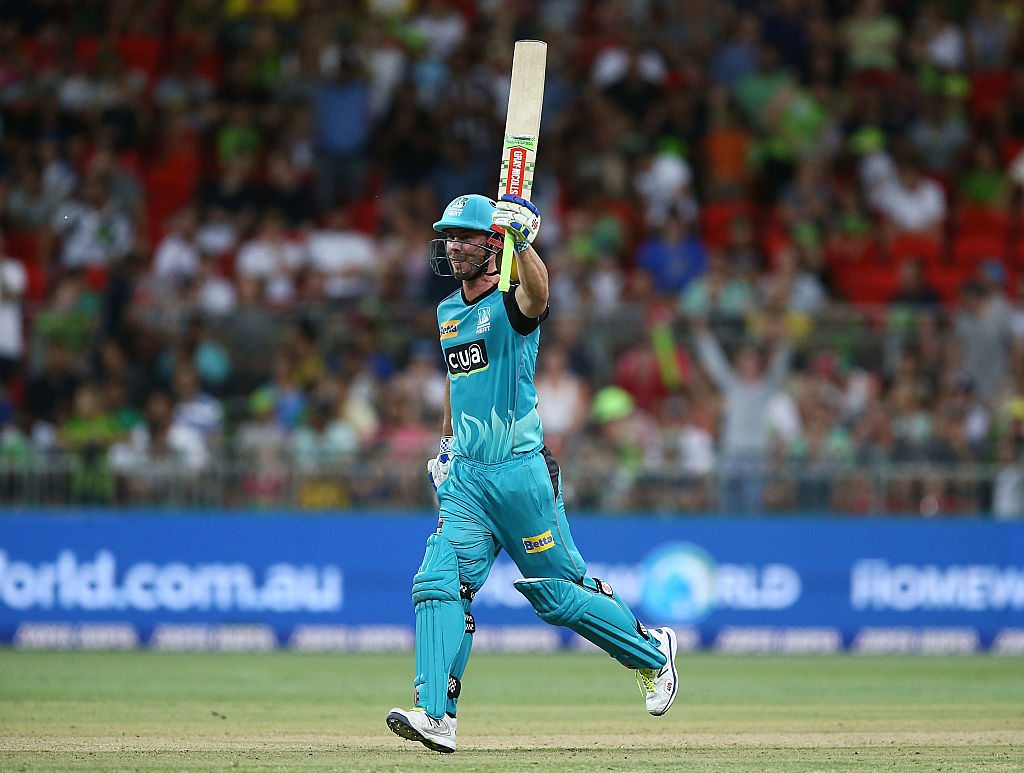 The Big Bash is heading into its 12th season this month, and what better way than to celebrate the best players from the previous eleven seasons than by naming the best XI in Big Bash history.

Check down below to see who makes the cut.

1. Aaron Finch (Melbourne Renegades)
Finch is a big-hitter and a big-time player. He has quality experience captaining the Renegades as well as the Australian T20 team, and lead the Renegades to a winning BBL08 campaign.

Averages 34.24 runs over 76 innings in his career, with a strike rate of 134.61. Finch has won the Renegades player of the season in four of the club's first six seasons and is deserving of an opening batsman spot on the best BBL XI.

2. Shaun Marsh (Perth Scorchers, Melbourne Renegades)
Marsh is no stranger to hitting boundaries, both in the Big Bash and T20 internationals. An experienced campaigner who is in the top five in the BBL for runs scored with 2196 over 61 innings which equates to 36 runs per innings.

Marsh has 72 career sixes in the Big Bash highlighting his amazing hitting which is key for a batsman in T20 cricket. 3. Chris Lynn (Brisbane Heat)
Lynn is arguably the master of slogging sixes on the regular as he's made a name for it in the Big Bash. He's hit 172 sixes over his 90 match career and gone for 2790 runs over that period which equates to 31 runs per innings.

Has an impressive strike rate of 151 and a high score of 101. Lynn is a player you can count on to deliver runs in quick succession and settles nicely into this side.

4. Glenn Maxwell (Melbourne Stars, Melbourne Renegades)
Maxwell is known for scoring in quick patches and can turn a game on its head with his use of the bat. Has great experience in both the Big Bash and International T20s and can be trusted to score lots of runs in a short amount of time.

Across his Bash Bash career, Maxwell has hit over 2200 runs whilst also taking 33 wickets as a nice all-rounder, although preferred with the bat.

5. Marcus Stoinis (Melbourne Stars)
Stoinis is another high-quality player who knows how to deliver on the big stage. Has hit over 2100 runs through 74 games, with an impressive best performance being 147 not out.

Considered an all-rounder with his medium-pace bowling with 36 wickets to his name. He is a powerful player who would've been hard to leave out of the side. 6. D'Arcy Short (Hobart Hurricanes)
Usually an opening batsman with the Hurricanes, but I've found a place in the middle order for the talented 31-year old. Knows how to consistently deliver with the bat, averaging 40 runs per innings throughout his 57-match career. Fits in nicely to this star-studded lineup.

7. Matthew Wade (Hobart Hurricanes)
A terrific all-rounder and experienced campaigner, Wade can do it all. He's the wicket-keeper for the Hurricanes and averages 33 runs per innings with the bat with his best being 130 not out. He seems to get better with age as his last two seasons have been outstanding when partnered with fellow star D'Arcy Short.

8. Andrew Tye (Perth Scorchers, Sydney Thunder)
A unique medium-fast bowler who always had batsmen guessing whether he would bowl a fast or slow one. Took an impressive 89 wickets over 67 games with an average of a wicket every 16 balls which is a strike rate that fits well with this team.

9. Rashid Khan (Adelaide Strikers)
Khan was the international T20 player of the decade so he must be in this team. Took 72 wickets over 50 games and always provided headaches for opposition batsmen with his crafty spin bowling. Was a standout in BBL|07 leading the Strikers to their sole championship in the league.

10. Sean Abbott (Sydney Thunder, Sydney Sixers)
A consistent wicket-taker who is reliable, and that's proven in his stats. 104 wickets over 78 games is very impressive and worthy of his spot in the side as a fast bowler.

Abbott is always near the top of the wicket-takers every season, with at least 11 wickets in every year since 2015. Don't be surprised if he becomes the most prolific fast bowler in the Big Bash in seasons to come.

11. Adam Zampa (Melbourne Stars)
The master spin-bowler from the Stars is a consistent wicket-taker, at both Big Bash and international T20 level. Has taken 88 wickets over 75 games and has hit form in the past few seasons taking more than 50 wickets in his past three Big Bash campaigns. Always confusing batsman with his spin and deserving of a spot in the side.