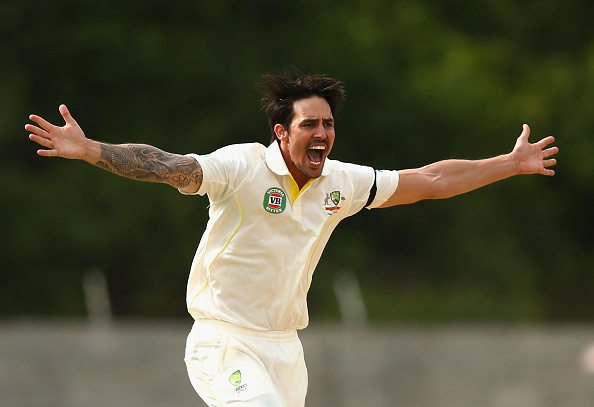 With less than a month before the first ball of the new Big Bash League season, clubs are finalising their playing lists before next week's December 2 deadline.

While there could still be some big name signings made in the next week, there have already been a number of big marquee moves made in preparation for BBL06.

Here are the biggest moves so far:

The retired Australian fast bowler will link up with the Perth Scorchers for his first taste of the Big Bash this season.

It’s a perfect match for the 35-year-old who loves bowling the WACA ground. He has taken 45 Test and 21 ODI wickets at the ground, with his career best haul of 8/61 coming in the 2008 Test match against South Africa in Perth.

He has 38 T20 international wickets, at an average of 20.97. Although he often leaks runs, he is in the side as a strike bowler, so expect plenty of action this summer.

Every Australian loves to hate him, but we can all agree Stuart Broad is a gun fast bowler and a great signing for the Hobart Hurricanes.

The former England T20 captain joins the Hurricanes in an effort to reignite his white ball game, having not played for England in limited-overs cricket since the 2015 World Cup.

Broad has taken 65 international T20 wickets, at an average of 22.94. He has already played one match at Bellerive oval, finishing with 1/25 off four overs.

He will replace Joe Mennie in the Hurricanes squad, who has moved on to the Sydney Sixers.

The big hitting opener has farewelled the Renegades and possibly the entire league following his tumultuous 2015/16 season.

He showed us all what we will be missing in his final knock, a memorable 12-ball half century that equalled the world record. He averaged 30.90 runs over his Big Bash career, with a strike rate of 136.05.

For all his highlights he will probably be remembered for the “Don’t blush baby” saga. Sadly he never made finals with either the Thunder or Renegades, he will be sorely missed.

The success of Adil Rashid and Samuel Badree last season showed just how important spinners are in this format. Narine will hopefully bring similar success to the Renegades.

He played five matches for the Sixers back in BBL02, but joins now as a much improved player, sitting 11th on the all-time T20 wicket-taking list.

Dunk has proven he is a quality BBL opening batsmen and he should add a lot to the Strikers batting line up.

He sits 17th on the all time BBL leading runs scorers, averaging 23.98 at a strike rate of 122.64. Dunk was Player of the Tournament in BBL03 when he averaged 43.88 and achieved his highest ever score of 96 against the Sydney Thunder.

That season led to a call up to Australia’s T20 side where he played three matches. Since then it has not gone quite as well.

Dunk had a poor season in BBL05, only averaging 14.12 with a high score of 37 for the Hurricanes. So hopefully the change in scenery reignites his game.

He moves from the Hurricanes in a player swap for all-rounder, Hamish Kingston.