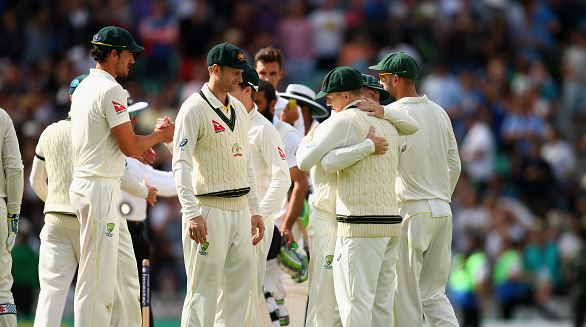 Australian coach Darren Lehmann says that England outplayed his side during the Ashes, but it's not all doom and gloom after the disappointing loss.

England sealed a 3-2 series win yesterday, despite Australia winning the fifth test by an innings and 46 runs.

“But they won the key moments and we didn't do that. We won this Test match and Lord's but … not good enough in the others.

"It was an unbelievable series – none of them went five days. I think once they got on top they really kept the pedal to the metal and really pushed hard for the victory."

Lehmann said he was impressed with the team's performance during the fifth Test and called on his players to display the same effort during every Test match.

"That's how we should play. It's a good fightback after losing the Ashes,” Lehmann said.

“To play that way was a lot better. But full credit to England. They deserved to win the Ashes. They outplayed us.

"We put some faith in our two left-armers – whether that was the right balance or not, we might have to look back on that."

Australia now face a charging of the guard, with Michael Clarke and Chris Rogers retiring and Brad Haddin likely to call time on his career.

"It's a fantastic challenge for us," he said.

"Obviously we've lost one of our greats today [the retiring Michael Clarke] and Chris Rogers as well, who has been a fantastic player for us. A new captain, a new vice-captain - we'll move forwards."