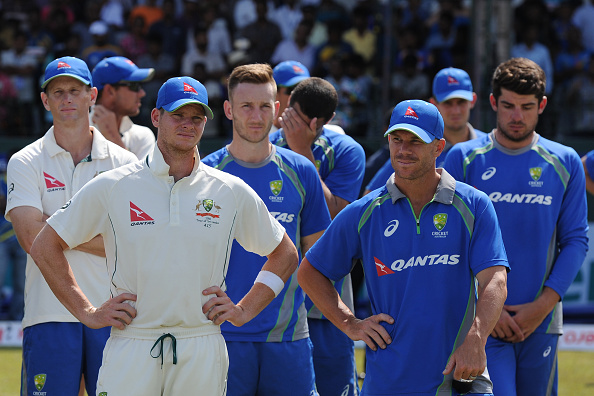 Australian captain Steve Smith can be forgiven for lacking almost anything of substance to say post the third test, having just handed over the Warne-Muralidaran trophy to Sri Lanka for the first time in history.

“It’s hard to grasp really. It’s been a very tough series again, that is our third straight whitewash loss in the subcontinent. What we’re doing isn’t working”.

Most of the lines Smith rattled off in the press conference sounded like they could’ve come straight from the mouth of any Aussie captain since the 1980s.

That certainly was the view of most capped test captain of all-time, Allan Border. “This has been going on for 35 years,” Border said, “we’ve had the odd bright moment under Adam Gilchrist, Ricky Ponting and Steve Waugh…but they’ve been few and far between”.

It easily takes shape then that if plans have not been working for 35 years, then there is something wrong with the execution, the preparation, or the plans themselves.

Here are five uneasy takeaways from an embarrassing lost to a very green Sri Lankan side.

Let’s start off with a positive shall we – in a match where almost none of Australia’s squad played a tangible role, Mitchell Starc proved to us why he is the youngest man in the top 10 test bowlers in the world, as ranked by the ICC.

Starting off slowly, the 26-year-old fast bowler rapidly caught fire when the rest of his teammates failed to do so, snagging 24 wickets across the three game series.

Only four wickets behind man of the series Rangana Herath, even Starc was not infallible, as he, along with the rest of the Australian attack, failed to break up the partnerships that mattered, giving the Sri Lankans match winning amounts of breathing room.

Are Australians the worst players of spin in the world?

At first it may seem like mere hyperbole, but when investigating Aussie stats vs spin in Asia, a very viable case can be made.

Since January 2012, Australia is the owner of two unimpressive records regarding the playing of spin in Asia: lowest average against spin, and highest percentage of wickets lost to spin. They also rank second in total wickets lost to spin in the region.

So why is it so? How can the (up until a week ago) best test team in the world be so incompetent in one specific part of the world, facing one specific style?

As Sam Perry astutely pointed out in his piece on ESPNCricInfo, the art of spin bowling is as good as dead in Australia.

A combination of both difficult turning itches and a generally indifferent attitude towards the craft has seen it go from an important and beautiful pillar of cricket to something to be dealt with.

Ironically, as Perry goes on to point out, this also puts a dent in one of the most highly esteemed and respected elements of cricket in Australia – our batting.

The vicious cycle of the dying craft of spin bowling not only sees our top line turners throwing less of their best stuff, and perfecting it, but also our best talent with the willow seeing less slow balling.

This would of course be suggesting a systematic failure within the country to develop our cricketers completely and properly – not something the average Aussie cricket fan would be too comfortable hearing.

But as they say, the truth hurts, and unless we can re-accommodate the delicate art of spin bowling back into the Australian cricketing zeitgeist, it will continue to hurt worse and worse.