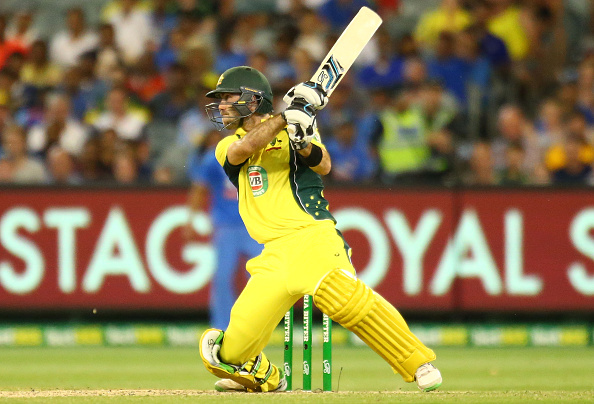 Following yet another calamitous batting collapse in the opening ODI against New Zealand, questions are again being asked of our top and middle order batsman.

Australia’s highly touted, and in form, batting line up was reduced to 6-41 inside 10 overs, with only David Warner and Steve Smith reaching double figures.

Only a middle order partnership between James Faulkner (36) and Matthew Wade (37) gave any sort of credibility to a badly beaten Australian side.

Worryingly for the Australian set up, only opener Aaron Finch was unavailable through injury, although Usman Khawaja’s was once again overlooked, but he was included in the second ODI.

The collapse was a far cry from the dominant one-day series that took place under a month ago, when a very similar side beat India 4-1.

Marsh (5), Warner (12), Smith (18), Bailey (2) and Maxwell (0) were all amongst the runs in the recent series against India, so it’s not as though the side has travelled across the Tasman in bad form.

Unfortunately for selectors and fans, those runs came at home in extremely batsman friendly conditions, which were not on display in New Zealand.

In last year’s World Cup, Australia’s batting line up destroyed all before it culminating in a huge win over New Zealand in the World Cup Final, whilst in Australia.

The champion’s only loss for the tournament came away from home, to New Zealand, coincidently at Eden Park, the same site of Australia’s most recent batting collapse.

On that day, Australia were skittled for 151, only three more runs than they posted on their latest effort, with Brad Haddin’s 43 saving them from being bowled out for under 100.

Although the result says New Zealand only won by a single wicket, that was only due to one of the all-time great spells from Mitchell Starc who took 6/28.

Now it’s not as though the Eden Park pitch was unplayable. New Zealand posted 307 and despite some brilliant bowling from Trent Boult and Matt Henry, they weren’t bowling hand grenades.

There was just enough in that pitch that Australia were just found out in conditions that offered a little for the bowlers.

The previous five one-day fixtures against India were played on pitches akin to a road.

There was next to no assistance in the pitch for bowlers once the first ten or so overs had been bowled.

Warner and Finch’s confident, hard-hitting style saw them take the shine off the new ball(s) very quickly knowing that there wasn’t much to be had there for the bowlers.

Boult and Henry had the ball doing just enough that Warner and co were unable to impose their all-action style on the New Zealand bowlers.

All five batsman who scored over 10 runs for Australia, scored at a strike rate of at least 97.

Simply put, there is no plan B when the ball is moving, even just a little bit.

This is not the first time Australia has been found out in recent times on pitches with a little in them, after they were bowled out for 136 and 60 in Ashes test matches with the urn on the line.

Australia’s two Test match wins came on pitches that didn’t offer too much for the bowlers. They scored 566/8 and 481 all out in the first innings, and from there were never in danger of being beaten.

As soon as the ball seamed and swung, Australia’s giant batsman turned into grade cricketers.

I’m not willing to refer to the side as “flat track bullies” as they are better than that, however the side simply needs more time batting in more difficult circumstances.

The best way to ensure that is to instruct curators around the country to ensure there is something in the pitch for bowlers.

For many, many years, the WACA ground in Perth was rewound for being a pitch that batsmen were forced to earn every single run they scored.

Last November’s test match saw scores of 559 and 624 in the first innings. Despite the batting master class put on by Ross Taylor, David Warner Kane Williamson and Usman Khawaja, the game never looked like it would produce a result.

Australia’s most recent one-day series produced first inning scores of 310, 309, 295, 348 and 331. The contests were great fun, but it was purely a battle of who could hit the most fours and sixes.

Never once did any game resemble a fair contest between bat and ball.

Given the success of T20 and the fact that big runs = ratings, it’s not surprising that pitches are produced to ensure big run chases.

That is fine in Australia, but given the rain, cloud-cover and cooler conditions in New Zealand, the ball is going to do more, and pitches are likely to be a little greener.

I would confidently back Australia in any one-day contest in Australia. Like most sides, the side plays their own conditions better than anyone else, and I truly believe that on a batsman friendly pitch, Australia’s top order is the most dangerous in the world.

Add some sideways movement and a little bit of swing, and Australia are as prone as anyone in the world to fall to pieces.

Australian batsman need to be forced to bat in more difficult circumstances to ensure they are ready in whatever conditions are served up whilst touring.

Put the “juice” back into the WACA pitch, turn Sydney’s pitch back into a genuine turner, ensure the first hour in each Brisbane hosted game is real difficult for the batsman.

It may mean that batsman suffer an initial hit to their averages, and run chases may not last as long, however in the long run, it benefits everyone.

Bowlers are brought back into the game, batsmen improve their techniques through necessity, and fans are treated to improved contests.