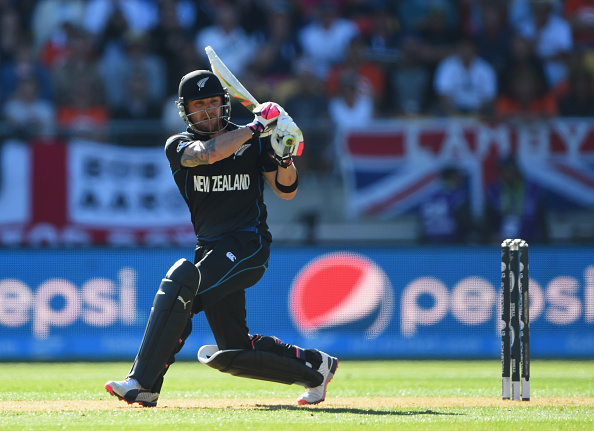 With just over a month to go until the start of the 2015-16 Big Bash league, most sides are close to finalising their final rosters.

Some sides look nearly identical to those that went around in 2014-15, however, some clubs have seen a big turnover of players.

Below is a look at the top 10 signings for the upcoming Big Bash. Re-signings were not considered.

Long gone are the days of consistent 155 km/h thunderbolts being slung at batsman by the former Test and one day quick, but Tait is still a genuine wicket taker in the shortest format of the game. Tait replaces Ben Hilfenhaus who has moved north, and should provide a dangerous bowling option. On his day there are few more damaging bowlers than the 32 year-old. He took eight wickets in his six appearances in last season’s tournament, and bowled with an economy rate under seven. Can open the inning with the ball, or come in as a late change.

Spinners don’t always finish with good figures in the T20 format as batsman, with their massive bats and short boundaries, often target the slower bowlers. In saying that, a good spinner can be a genuine match winner. Xavier Doherty has been Australia’s go to off break bowler in the one day format. He only took four wickets in 2014-15 and went for over seven and a half per over, but plenty of spinners went for more.

The Thunder have struggled in the past when their first string bowlers have taken a break. Russell will add valuable overs after the likes of Sanhu and McKay bowl their first spells. His middle to late order hitting will also add another weapon to the Thunder arsenal. He will be familiar with the Australian conditions after taking four wickets and hitting 86 runs in his four games for the Renegades last season.

Another talented all-rounder who will add another option with both bat and ball for his new side. The South African international has enjoyed a brilliant Big Bash career in Adelaide and will be looking to continue his good form in Sydney. His ability to clear the boundary rope  late in an innings is worth its weight in gold. His economy rate of under seven last season is arguably more important than the seven wickets he took.

After the retirement of Brett Lee, the Sixers needed an opening bowler, and in Bird they have signed an absolute beauty. He took eight wickets last season for the Stars, but it was his ability to beat the bat in the early overs that will have magenta wearing fans smiling. Bird is the forgotten man of the Australian set up, and will be looking for a big season across all formats of the game.

The former All Stars captain has crossed the city and will represent the Renegades this upcoming season. Given that Finch and Gayle, when available, will open the batting, White could become even more dangerous in the middle order. He scored a fairly modest 175 runs last season, which given his talents probably isn’t all that great, but we all know the damage White is capable of with bat in hand. Can also roll the arm over if required.

For all the light-hearted grief he cops on social media, Shane Watson is still a magnificent cricketer and will be an integral part of the Thunder set up. He will be tasked with scoring runs and taking wickets, and lucky for fans of the electric green, he has plenty of both in his decorated career. He may open the batting, or slot into the middle order, or a mixture of both. His ability to bat and bowl in almost any match condition makes him a brilliant signing.

Gayle did not enjoy a brilliant stint at the Thunder during his time there, but his record speaks for itself. Chris Gayle is the kind of player who can completely take a game away from the opposition inside five overs. There are very few in the world who can do that. If he faces 10 overs of bowling, the score can be anything. His gentle off spinners can be surprisingly effective at slowing the scoring rate. Will be keen to right the wrongs of his previous stint.

As mentioned, there are very few players who can win a game within five overs, but the New Zealand superstar is certainly one of those few. McCullum has scored runs everywhere he has played and will be looking to make a big impact in the holiday state. He will cause opening bowlers more than the odd headache during the upcoming season and could provide some real fireworks. Had a magical world cup earlier in the year. A handy wicket keeper if needed.

It would take someone pretty special to top Chris Gayle and Brendon McCullum, but Kumar Sangakarra is arguably the most exciting signing in BBL history. The Sri Lankan superstar has done it all at all levels of the game, and much like his fellow imports listed above, will have bowlers looking to the sky as they prepare for an onslaught. He will join the likes of Ben Dunk and Tim Paine to form one of the most destructive top threes ever put together. Plenty will head out to see him play live, and with good reason.