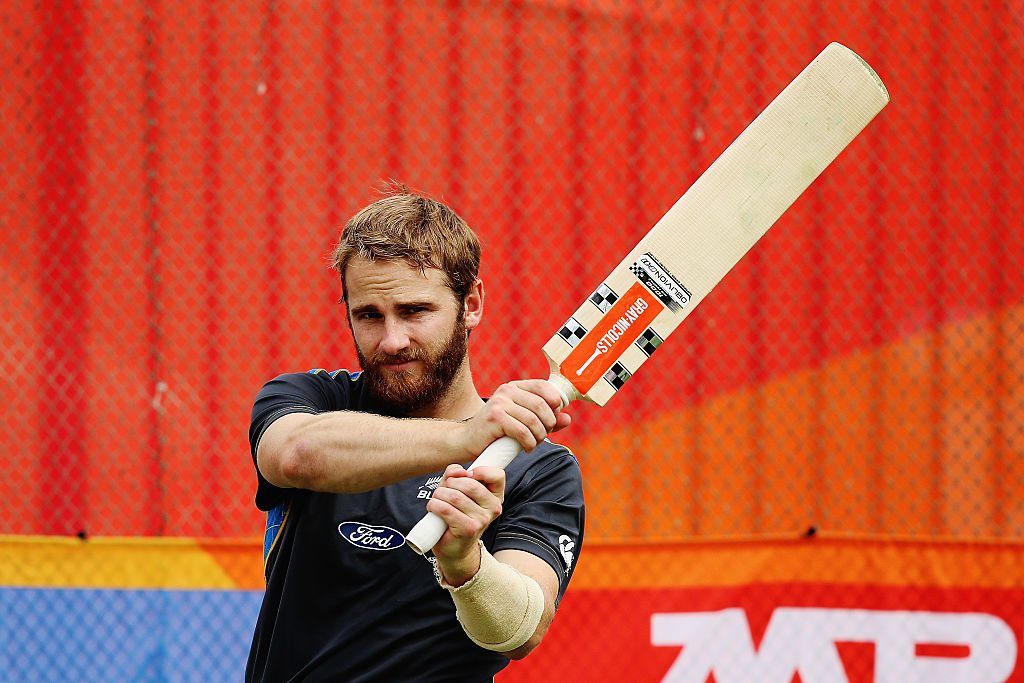 The top 20 have arrived in Zero Wicket's countdown of the greatest 50 batsmen of all time.

At 19-years-old in his debut Test series, Javed Miandad announced himself to the world with a chanceless 163 on debut and another 206 in his third Test.

Able to peerlessly cut through square and an appetite to score runs, Miandad was exceptional in Asia, with 5492 runs at 57.20 with 14 centuries, and also scored runs abroad in England with 978 runs 46.61 with two centuries.

One of the youngest captains in history at 22-years-of-age, Minadad shouldered a heavy burden up the order for Pakistan and, time after time produced runs for them. Better suited at number four, Miandad finished his career with Herbert Sutcliffe with a batting average that never dropped below 50 throughout his decorated career.

Overshadowed somewhat by his partner in crime Kumara Sangakkara, Mahela Jayawardene produced the second-most runs behind Sir Don Bradman in a 30-Test period. Between May 2006 to November 2009, Jayawardene made 3512 runs at an average of 73.16.

Jayawardene's struggle overseas is why he isn't further up this list; he was the prized wicket at home, with 7167 runs at 59.72. Thirty centuries alone at number four, Jayawardene's record knock of 374 against South Africa in 2006 is outrageous.

Jayawardene and Sangakkara came together at 2-14 and batted for 157 overs, making 624 for the third wicket, a world record that still stands in any form of cricket. The diminutive destructor finished his Test career with 11814 runs at a tick under 49 and ended his career with the unique record of the most Test runs at a single venue with 2921. He is number two in this category as well.

Allan Border embodied the 'Aussie battler' mantra. When the West Indies were brutally crushing every cricketing nation with their four horsemen of the apocalypse, Border faced them head-on.

Border reluctantly accepted the Test captaincy after Kim Hughes' resignation and brought in a new pugnacious cricket attitude of saving your wicket at all costs. Border batting was crafty; he hit 5431 at 56.57 overseas and hit more than 2000 runs with an average of 50 at number three, four, and five. Border's finest innings came in Port of Spain when he made 98 not out and 100 not out against Joel Garner, Malcolm Marshall, and Wayne Daniel.

Border faced 583 deliveries in total. During the Windies' reign of dominance, no overseas batsmen faced more deliveries in a Test match in the Caribbean. If that statistic doesn't sum up Allan Border as a batsman, I don't think anything will.

I will find no qualms in stating that Kane Williamson is the greatest batsman New Zealand has ever produced.

Pigeon-holed as a batsman of the future, Williamson rose the ranks and made his debut at 20-years-old.

What makes Williamson so perfect is his near-perfect batting technique which should be in all coaching manuals. His compact style allows him to make runs on any ground, an average of 51.60 in South Africa, 51.33 in the Caribbean, 45.34 in the Sub-continent, and 42.84 in Australia.

To put this into perspective, Williamson would be ranked 27th on the all-time runs list for New Zealand for just two years of work. Superstar.

The most underrated batsman in cricket history.

Ken Barrington's record stacks up against the greats.

3459 runs at 69 overseas, and 2111 runs at 63.96 against Australia, the stonewaller would be first selected for any overseas tour.

Remarkably, like his teammates Geoffrey Boycott, Barrington was dropped for slow scoring after making 137 in 437 minutes against New Zealand in the First Test of 1965, as the English selectors thought his omission was for the 'good of the game.'

Recalled for the Third Test, the stoic defender made 163 in 339 minutes, including 26 fours. In the 36 Tests before his peculiar dropping, Barrington made 3290 runs at 68.54, including 11 centuries.

Barrington's stubbornness was suited for Test Cricket. Cricket during his time was slow-tempo, and he played his best when trying to save a Test, his batting record in Drawn Tests was 3755 runs at 67.05.

If I needed someone to save their wicket and bat for my life, I'd choose Ken Barrington.

One for even the most avid trivia buff.

Who has the second-highest Ashes batting average behind Sir Don, with more than 1000 runs?

No, it's not Steve Smith; his name is Herbert Sutcliffe.

2741 runs at 66.85, Sutcliffe had an affinity towards the Australian bowling attack, either home or away. It didn't matter.

Together with the great Sir Jack Hobbs, the two became the most incredible opening duo in history.

The pair batted together 38 times, and 15 times they passed the century mark. Amazing.
Courageous, with unwavering concentration, Sutcliffe is famous for his ability to make runs on bad wickets. Like the modern Test cricketer, he used the new ball to make runs instead of trying to survive.

Sutcliffe hit the ground running in his debut series with 303 runs at 75, became the fastest batsman to 1000 Test runs (12 innings), and went through his 12-year career without dropping below 60.73. Not even Sir Don achieved that feat.

Sir Leonard Hutton was devoted to the sophisticated art of batsmanship and became the most technically correct batsman in history.

At 22-years-old, Hutton created history, occupying the crease for 13 hours against Australia at the Oval in 1938. Hutton's 364 off 847 balls included 35 fours and an unparalleled concentration level. A famous anecdote of Hutton's record-breaking knock, eight years earlier as a 14-year-old, Hutton watched Don Bradman's 334 at the same ground. This time, Bradman watched on as Hutton achieved batting nirvana.

Five centuries and 1345 runs in his first 13 Tests, World War II put a pause on the blistering start to his Test career, yet this didn't dampen Hutton's proficiency for runs post World War with 11385 First-Class runs at 67, including 41 centuries in three years between 1946-1949.

Hutton was also a revolutionary. In 1952, he broke new ground when he became the first Professional to captain England. At 38-years-old in his last tour to Australia, Hutton led the English to a resounding 3-1 Ashes victory.

With every stroke in the textbook, Sunil Gavaskar showed an entire nation that they could fight against and compete with the best.

In just his first Test series in the Caribbean, Gavaskar made four centuries in his first four Tests, including 124 and 220 in Port of Spain.

During World Series Cricket between 1977-1979, when a player exodus decimated the entire Australian and West Indies sides, Gavaskar led the runs chart in this period with 2596 at 70.16, with 12 centuries.

To take away nothing from this batting genius, Gavaskar, at 36-year-old, batted 202-overs at the Adelaide Oval against a bowling attack of Craig McDermott, Bruce Reid, and Merv Hughes, making 166 not out.

Gavaskar finished his career with 34 Test centuries, was the first Test cricketer to 10000 Test runs, and three times achieved the feat of scoring a century in both innings.

The term 'aged like fine wine' gets thrown around a fair bit when describing sporting stars who, despite their age, exceeded expectations. Tom Brady stands out; two Super Bowls after the age of 40 is a feat that gives you a severe migraine trying to comprehend.
Sir Jack Hobbs invented the term 'aged like fine wine' as the years went on; this batting master achieved a God-like status.

Since John Small became the first record First-Class cricketer to hit a century for Hampshire against Surrey in 1775, Only 24 players (including Hobbs) have hit more than 100 First-Class centuries.

Now, it may take a while to digest that information, so I'll add that Hobbs scored 2440 Test runs, including eight centuries at an average of 58.09 also, and scored 27034 First-Class runs at 58.51 from 338 matches. Yep, Hobbs scored more First-Class runs after his 40th birthday than Sachin Tendulkar scored in his career.

The greatness that is Rahul Dravid is measured by his ability to craft together with an innings when India needed him most.
Dravid's resilience, steely concentration, and work ethic became a lesson for any aspiring cricketer; you will reap the rewards if you put the time in to practice.

No cricketer in Test history has faced more balls or spent more time out in the middle than Dravid.

Dravid's partnership with Tendulkar was instrumental for India's rise as a Test nation, yet his partnerships with V.V.S Laxman were stratospheric.

Faced with a follow-on and still 20-runs behind, Dravid and Laxman batted the entire day four, making 335 runs in 90 overs.
Playing second fiddle to Laxman's 281, Dravid's 180 at number six ensured the most famous victory in India's Test history.

Two years later, Dravid inspired India to a Test victory in Australia in 2003 when they were faced with a first-innings deficit of 556.
At 4-85, Dravid and V.V.S Laxman put on 300 runs, Dravid gliding his way to 233 off 446 deliveries. Then with 200 runs required on the last day, Dravid spent another 241 minutes at the crease, undefeated and undeterred on 72 not out.