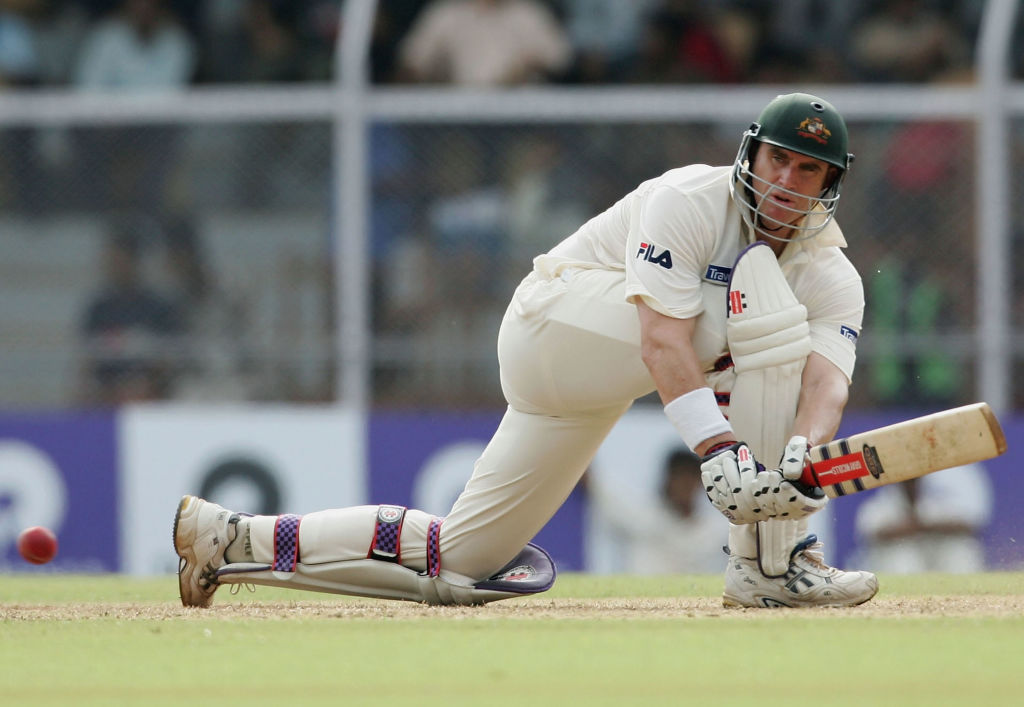 The countdown to find Test cricket's greatest batsmen rolls on as we hit the top 30 - and the talent is starting to heat up.

India’s ambitious leader. Virat Kohli has been the archetype for India’s run of success as a feared Test side on any ground in the world. Along with his formidable side, Kohli has made runs on every continent, with exceptional success in Australia with an average of 54 and six centuries.

He has 719 runs from only seven tests in South Africa. The right-hander’s thirst for runs reached unfathomable levels between 2016 to 2018 when he smacked 14 centuries in three calendar years with 3596 runs at 66.59 during this period. Although Kohli hasn’t made a test century since 2019, his record is still up there with the best.

Due to the Apartheid, Graeme Pollock’s Test Career was over a month after his 26th birthday. As history would attest, most premier batsmen reach their peak around 27. With 2256 Test runs at an average of 60.97, Pollock could have reached Bradman-like levels with his appetite for runs.

No player in Test cricket history has had a more extraordinary individual season than Mohammad Yousuf’s in 2007.

1788 runs at 99.33 from 11 tests, including nine centuries, and it is the record for the most runs in a calendar year. Mohammad Yousuf was never rushed at the crease with his exquisite square cuts, a batsman who had all the time in the world.

No test nation bore more brunt than the West Indies, who he scored 1214 runs against from only eight Tests at an average of 101.16, including six centuries. During his most successful 30-Test period, Mohammad Yousuf peeled off 13 centuries, scored 3253 runs, and averaged 36.65 more than the overall.

Nicknamed the 'Black Bradman' throughout his 24-year career, some West Indian fans nicknamed the Don the 'White Headley.' Akin to Brian Lara's role as the lynchpin for the West Indian batting order during the 1990s, Headley was ever-reliant and ever-reliable during his Test career. Headley scored four centuries in his four tests and had six by his 9th.

Between 1930 to 1939, Headley played in 19 Tests scored ten centuries and 2135 runs at 66.72. He scored centuries at home (averaging 77.56), scored 336 and two centuries in his only tour to Australia, and became the first cricketer at Lords in history to hit two centuries in one test. Headley's first-class batting average of 69.86 is the third highest with 100 or more matches, only bettered by Vijay Merchant and Sir Don Bradman.

A tale of two careers, at 27-years-of-age, Steve Waugh was already a veteran of 46-Tests, with 2166 runs at 36.10 and 46 wickets at 44.48. Waugh had a successful 1989 Ashes campaign in England, a career at the crossroads, yet was still regarded as a bittsa cricketer who helped out the fast-bowlers with his medium swingers and made a couple of runs at five or six.

After his 27th birthday, Waugh broke apart his batting, minimalized his shot selection, and successfully became the best bat in the world.

Shivnarine Chanderpaul was Mr. Relliable for the West Indies. A batting technique that you wouldn't find in any coaching manual. Chanderpaul's 'crab' waddle across the pitch saw him fill the deep void left by the legendary Brian Lara.

Younis Khan scored a century in 11 different countries. He holds the record for most Test runs by a Pakistani, was the oldest to 10000 Test runs, and had more centuries than half-centuries. Khan's bottom hand strength made him unbowlable with 27 Test centuries in only 72 Tests in the sub-continent.

He was also handy away in England with 810 runs at 50.62 in nine tests and 557 runs at 50.63 in Australia. Khan also had an appetite for significant scores, with six double centuries throughout his career. His 264 in 2005 against India in India was most memorable. After batting for 690 minutes in the first innings, Khan made 84 off 98 to set India a challenging total in the second innings.

A debut tour to the sub-continent is a daunting prospect for any aspiring batsman. The extra spin didn't affect Walcott's robust style, making 457 runs at 76.16 in the five Tests, including a maiden Test century. Walcott then created history for the West Indies, playing a large part in their famous first test victory in England, with 168 not out at Lords.

Walcott hit his career-best form in 1952, with three consecutive test series at home.
Across these 15-Tests, Walcott made 1982 runs at 82.58, including ten centuries. The touring Australian side copped the brutal force of Walcott in 1955 when he set the world record for most test centuries in a five-Test series with five. Walcott's form wavered in his last five years, yet he finished his 44-Test career with 3798 runs at 56.68 and, surprisingly, one solitary duck.

Hayden bullocked the new ball and became one of the most feared batsmen in Test history. Such was Hayden's confidence facing the new ball; he would often walk down the wicket and dispatch bowlers over their head. When he retired in 2009, he joined the likes of Ricky Ponting and Steve Waugh with 30 career Test centuries.

With Clyde Walcott and Frank Worrell, Sir Everton Weekes joined the two to form the Three W's. Three superstars were terrific at batting, and both knighted. The better record of the other two, Weekes has the most significant Test batting average of five of or Tests in India and the sub-continent.

In his only Test series in India, Weekes scored 779 runs at 111.28. This success included not one but five consecutive centuries, a feat that is still unbeaten in 2022.

The legend goes, Weekes was unfairly adjudged run out for 90 in the fourth test in Chennai, going for his sixth consecutive century.