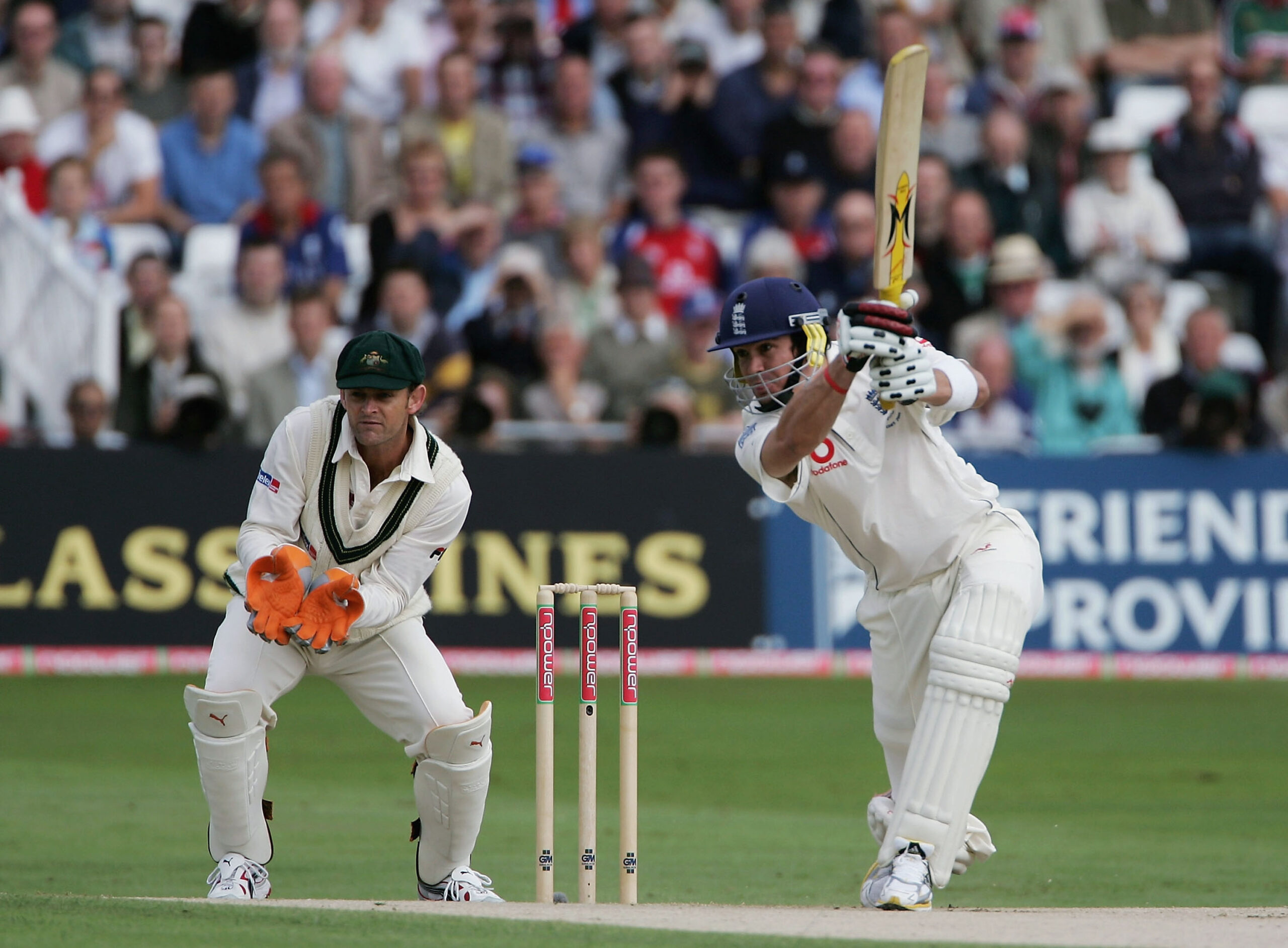 Following the commencement of our countdown, here is Part 2 of the hunt to find the greatest Test batsmen in history.

Joe Root could very well join the likes of Geoffrey Boycott and Wilfred Rhodes on Yorkshire's Mount Rushmore by the end of his career. Root, who doesn't look a day over 25, has already played 114 Tests and has a batting record to rival the likes of everyone. The English captain has been thoroughly criticized for making starts yet failing to continue until 2021.

In 15 Tests, Root made 1708 runs at 61, including six centuries. 228 in Galle against Sri Lanka, 186 the next week, 218 in Chennai against India, 180 not out at Lords against India again, 121 at Leeds, and 89 at Brisbane against Australia, Root made runs all over the globe. His appetite for runs at home is astounding, 5009 in only 59 Tests. Root still has another four years of good cricket left in him.

Inzamam-ul-Haq could hit a cricket ball. Blessed with considerable power, Inzamam used his large build to pulverize every pace attack he came up against. The heir-apparent to Javed Miandad, Inzamam was the second Pakistani to reach the 8000 run milestone and reached his peak after his 30th birthday.

During his last eight seasons of Test Cricket, Inzamam made 5113 runs at an average of 55, including 17 centuries. One of those centuries was simply brutal. Against New Zealand at Lahore, Inzamam faced 436 balls hit 38 fours, nine sixes, and 329 runs. Two hundred six of those runs were in boundaries, the third-highest ever in Test History.

The stereotypical modern-day cricketer, David Warner, made his international T20 debut before making his First-Class debut for New South Wales. This feat had not occurred in 131 years of Australian cricket. For many years, Warner has been the most dominant all-format opener. Able to successfully mold his game to limited-overs cricket and Test Cricket, Warner proved himself as a Test batsman, carrying his bat in just his second Test with 123 not out against New Zealand in Hobart.

Following the likes of Virender Sehwag, Warner's ability to keep the scoreboard ticking over as an opener is his particular skill. Warner has hit a century off less than 100 balls four times, including a century off 69 balls against India in 2011-12 and a ton before Lunch against Pakistan in 2016-17. Warner's affinity for Pakistan is well-known, and his masterclass innings of 335 against them at Adelaide Oval last summer was one for the history books.

South Africa's Captain Courageous. All cricket lovers remember when Smith walked out to bat with a broken hand to face Mitchell Johnson at the Sydney Cricket Ground. Remarkably mature at such a young age, Smith was named captain at 22-years-of age, and two Tests later hit 277 off 373 balls at Birmingham against England. The next Test at Lord's Smith backed it up with 259 off 370.

Smith's Arc de Triomphe came in 2008-09, leading South Africa to their historic first Test series win in Australia. After chasing 414 in the first Test at the WACA, Smith and the Proteas cemented their dominance on the back of Dale Steyn's ten wickets to destroy the Aussies at the Melbourne Cricket Ground. Smith was a valuable key in South Africa's 2008 dominance with 1656 runs at 72, including six centuries.

You are making your Test debut in the First Test of the Ashes at Lords.

You are two runs off ten balls, facing Glenn McGrath with the scoreboard reading 5-21. How would you survive?

Kevin Pietersen made 57 off 89 balls and proved to the English crowd he was the one to take them to the promised lands. A maiden century in the final Test, Pietersen, with his peroxide dyed 'skunk' streak through his hair, would have faced a long exile from the MCC English Lords of the 1930s. Although much maligned, 'KP' was the most captivating cricketer in history. He talked the talk and walked the walked.

Regarded as an egomaniac, Pietersen had an unwavering belief in his ability and had success across the globe. 1144 runs at 45.76 in Australia and 1573 runs at 40.33 in the sub-continent. Pietersen was England's barometer for more than a decade.

Now, if this list included the short form, 'Mr. 360', A.B. de Villiers would be close to the top. de Villiers could give you 169 off 184 balls, including 24 boundaries at the WACA, or 43 off 297 balls on a sharp spinning dust bowl facing the likes of Ravichandran Ashwin and Ravindra Jadeja.

A testament to de Villiers' unquestionable ability is that the right-hander's six highest Test cricket scores were achieved away from home in five different countries. Anytime, anywhere, any scenario, de Villiers could play any role required. At the start of his career, de Villiers opened the batting and batted in every position down to number eight. With 3913 runs at 62.11 from number five, de Villiers could be the most outstanding middle-order batsman in history.

A Tale of two careers, Michael Clarke, started as a young pup whose hard work forced him into one of the most established batting lineups in history. 151 on debut in India, Clarke struggled in England during the 2005 Ashes, yet turned it on in the next Ashes series in Australia with 389 runs at 77.80.

Named Ricky Ponting's successor in 2011, Clarke made his home at number five and followed on with a year of batting unseen since Bradman. Clarke became the first cricketer in history to hit four double centuries in a calendar year, on his way to 1595 runs from only 10 Tests at an average of 106.33.

He was a fabulous cricketer to watch. The famous innings of 329 against India at the SCG was sublime. His 230 off 257, including 40 fours, against South Africa at the Adelaide Oval, was the definition of batting brutality. Yet his unbeaten 161 against South Africa at Cape Town with a broken shoulder, facing a fired-up Morne Morkel will live in the memory of every cricketing lover.

Virender Sehwag changed the opening batting manual forever. Minimum footwork with maximum power. Little to no footwork could spell the end of their test career for 90% of opening batters, yet for Sehwag, he found his niche. With no footwork, Sehwag could maximize his wrists with explosive power.

Not only did Sehwag have the ability to score quick runs, but he also had the appetite for it with two triple-centuries and one score of 297, which really should have made him the first cricketer in Test history to hit three triple-centuries. Sehwag hit five double-centuries, all coming off 230 or fewer deliveries. His 319 off 304 deliveries against

South Africa at Centurion was the quickest triple-century in history. 150 runs came off his last 107 balls. 'Viru' also hit 309 against Pakistan in Multan, including 39 fours and six sixes, and just missed out on another 300 with 293 against Sri Lanka in Mumbai. On his way to 284 runs in a single day, Sehwag hit his double century off 168 balls, as Sri Lanka's two greatest spinners, Muttiah Muralitharan and Rangana Herath, were clipped for 435 runs between them.

Sir Alastair Cook squeezed every ounce of his ability during his long and decorated career, including a century in his first and last tests. At 33-years-of-age, 'Captain Cook' amassed 161 Test matches, 12472 runs at 45.35 with 33 exquisite centuries. Cook, the Rock of Gibraltar, faced 26562 deliveries in all and spent 37,331 minutes at the crease and made a habit of conquering every continent. His 826-minute, 263 against Pakistan in the soaring heat of Abu Dhabi was legendary.

In the 2010-11 Ashes Series, Cook batted the Australian bowlers into oblivion with 736 runs at 127.66 with three centuries to seal their first Ashes victory down under in 24-years. In India's next away series, Cook hit 122 runs in Mumbai and 190 in 492 minutes at Kolkata to lead England to their first Test series win in India in 28-years.

A testament to Greg Chappell's batting ability was when Kerry Packer poached the greatest cricketers in the world for World Series Cricket. Chappell was still the best bat, with 1415 runs in the 14 Super-Test at an average of 56.60. The following best was Sir Vivian Richards with 1281 runs at 58.23. Chappell obliterated New Zealand in 1974 with 247 not out off 356 balls and 133 off 178 balls in the second innings.

After a move to Queensland in 1973-74, Chappell became the greatest middle-order batsman globally with 5846 runs at 55.67 in his next 69-Tests, including 19 centuries, and hit a whopping 14069 First-Class runs at an average of 59.36. After a poor run of form between 1981-82, including the famous seven duck period, Chappell finished his last Test series against Pakistan with four scores under 20 and two big hundreds with 150 in Brisbane and 182 off 400 balls in his final Test at the Sydney Cricket Ground.