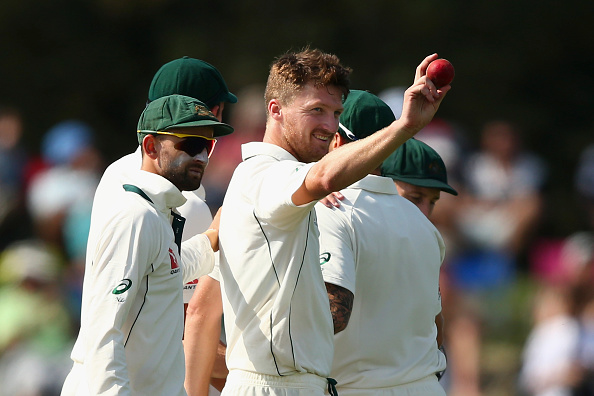 Brendon McCullum is now a former Test player and Joe Burns receives his first international Man of the Match award.

Who was among the best this Test, and who’s out in the doghouse?

Dave Warner’s latest run of fairly poultry scores continues, with the hard-hitting opener managing just 40 runs this Test. No many would have picked Joe Burns to be the better of the opening partnership in the second Test.

Joe Burns is really starting to key in as an international batsman, managing to be the one of two batsman to exceed 50 runs in both innings, with scores of 170 and 65.

Was hardly flash in either innings. Bettered his first innings score of 24 with 45 in the second, but was undone both times by the New Zealand quicks.

Was not quite on the level of Burns, but was not far off it. Scores of 138 and 53* from the Australian captain shows that most of the time, when he’s on, so is Australia.

Unfortunately for ‘The Don’, a first-innings of 60 will nudge the average a little in the wrong direction, but not too far. He only managed 10 in the second innings before Australia reached the reached the target.

The riddle wrapped in an enigma that is Mitch Marsh still fails to reveal itself. After he looked like he was starting to pick up some Test form last match, a score of 18 and one wicket from his 25 overs continues to defy logic.

Didn’t not do his job. Batted to the tune of only 13 runs but made the catches he needed to take. Is not a long-term option but considering the state of keeping in the country, he’ll have to do.

Enjoyed a solid Test with the ball, taking two wickets in the first innings and four wickets in an impressive second innings bowling display. Most importantly, he took wickets when he needed to, dismissing Guptill twice, McCullum once, Latham once, Nicholls once and Watling once.

Was not as potent with the ball as his fellow quicks, which was disappointing, but did not do too much wrong either. Dismissing Brendon McCullum for the final time in international cricket will go straight to the poolroom.

Aussie selectors would have been sweating on the the selection of Jackson Bird, but it paid off with the paceman taking seven wickets. He most notably claimed the wicket of Kane Williamson right before his century on 97, all but extinguishing the Kiwi fire.

Came agonisingly close to his highest first-class score ever – just nine runs short. Was not quite the Jason Gillespie nightwatchman total but was an admirable and fun stand to watch. Oh, he also took 3 wickets.