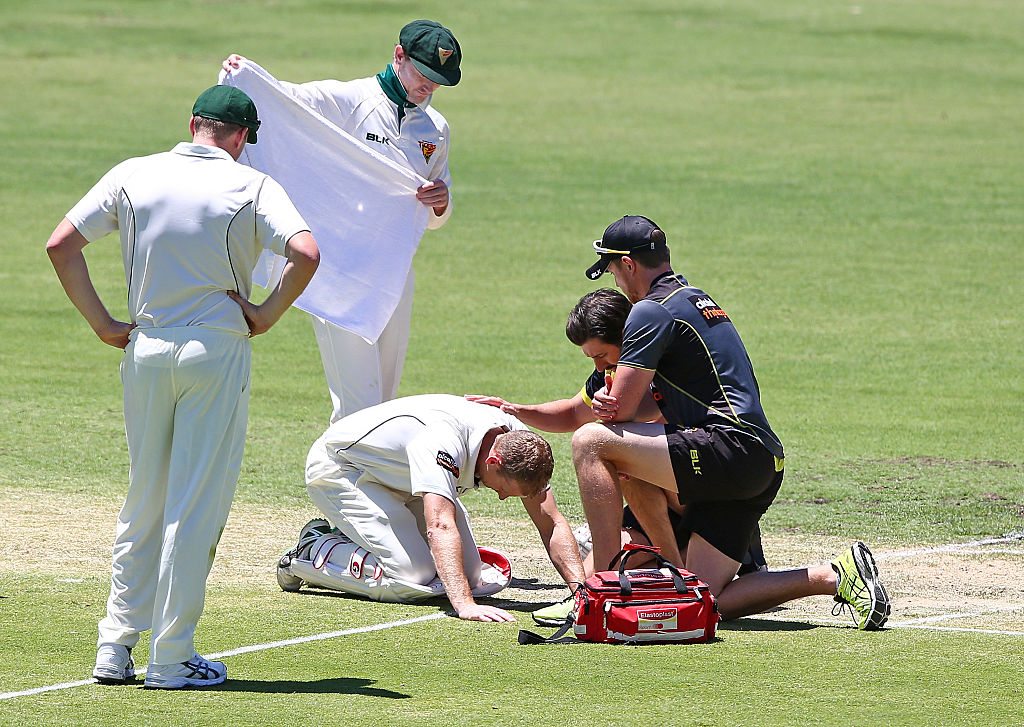 Voges was sturck on the helmet and instantly fell to his hands and knees before retiring hurt on 16, and was later diagnosed with concussion.

Turner was at the non-strikers end at the time of the incident, and said he immediately feared for the 37-year-old's safety.

"It's pretty sickening really. You don't like seeing anyone get hit in the head, especially after the last few years," Turner said.

"Vogesy is one of the toughest sportsmen I've ever come across. And when he hits the deck, you know something's wrong.

"I knew pretty much straight away that we needed some help out here.

"It was just lucky he stayed on his hands and knees and he didn't collapse. That's what I was worried about."

Voges was hoping to post a big score in order to keep himself in the minds of selectors following a poor run of form in recent matches, and the injury unfortunately couldn't have come at a worse time.

Following his teammate retiring Turner went on to post a team-high 110 to score his maiden Shield century, although he admitted it was tough going in the minutes straight after Voges left the field.

"When I had to face up after Adam got hit – if it's at the forefront of your mind, you're in struggle town and it's going to affect your batting," Turner said.

"So you've got to try to put that to the back of your mind and concentrate on the way you're trained to play, and stick to your game plan."