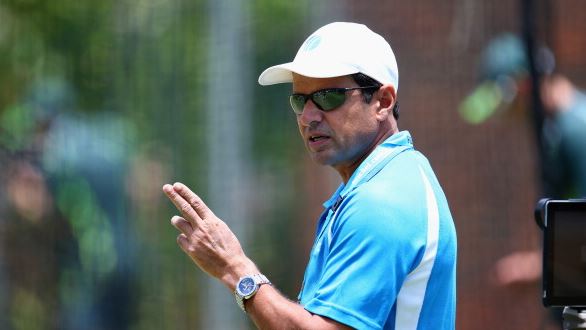 The ICC has has withdrawn umpire Aleem Dar, of Pakistan, from the remainder of the ODI series between India and South Africa.

The decision comes after a group the ICC described as “extremist” threatened to prevent him from officiating in the last game in Mumbai.

“Under the present circumstances, it will be unreasonable to expect from Aleem that he will be able to perform his duties to the best of his abilities,” the ICC said in a statement. “As such, he has been withdrawn and his replacement will be announced in due course.”

Dar officiated in the first three games of the five-match ODI series which South Africa leads 2-1 after winning the first and third games, and was also due to stand in the fourth game in Chennai on Thursday and in Mumbai on Sunday.

Shiv Sena, a group which has a strong presence in Mumbai, has in the past opposed cricketing ties with Pakistan, which is blamed by India for terrorist attacks on its soil.