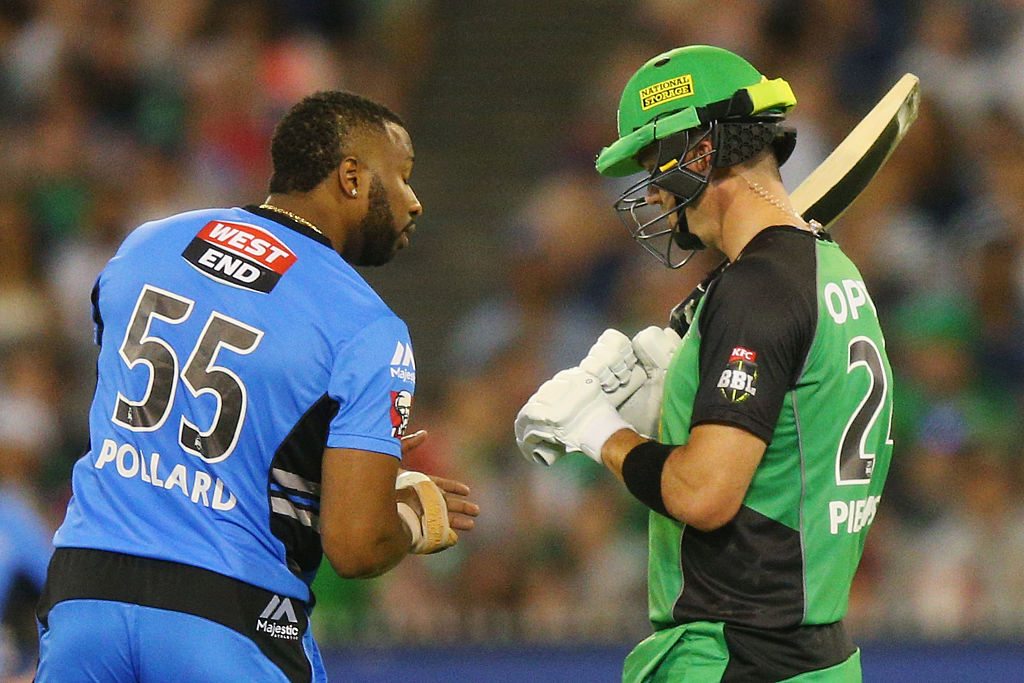 The umpires in the middle of the Kieron Pollard and Kevin Peitersen disagreement have backed their decision to allow Pollard to bowl with tape on his hand during Tuesday night's BBL06 match between Melbourne and Adelaide.

Before Pollard's first over of the night, Pietersen walked over to the bowler and requested that he remove the tape from his hand before he bowled.

Confusion ensured from then on and it was minutes before the match re-started, and Pollard was indeed allowed to bowl with his hand taped up.

Field umpire John Ward allowed play to continue, and on Optus Sport's Umpires' Verdict, defended the on-field decision he made.

"Kevin Pietersen wanted Kieron Pollard to take off the tape that was on his hand and we didn't think it was necessary," Ward said on the show.

"He's worn it all tournament and it doesn't enhance his bowling and our decision was that it's OK."

"The colour of the tape comes into it," Ward added.

"But if we felt that it was giving him an unfair advantage we'd then direct him to take it off."

Fellow umpire Paul Wilson also had his say on the matter, and said he was called over to help Ward with the decision instead of disagreeing with him, which is what Pietersen suggested he did to the Channel Ten commentators while he was mic'd up.

"It was more that it was a prolonged discussion, so you've got to get together as a team," Wilson said.

"When I came across and Kieron showed me his hand, it was pretty obvious that it was no advantage to him whatsoever.

"Being an ex-bowler myself, any tape on the hand – unless it's an abrasive surface – isn't going to give you an advantage anyway.

"So from our point of view it was pretty clear cut and we get on with the game."