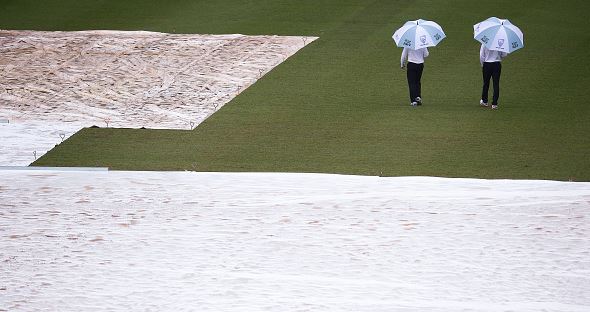 Victoria have been awarded full points for the abandoned Sheffield Shield match against NSW.

The match was abandoned after heavy rain across the first three days of play, with the umpires eventually calling the match off after only 34.2 overs were bowled.

Cricket Australia (CA) has today announced that the Commonwealth Bank Bushrangers will be awarded 6 points for the win for yesterday’s abandoned match against the New South Wales Blues at the SCG.

The match was abandoned on day three after Match Referee Steve Bernard and umpires Simon Fry and Mike Graham-Smith deemed conditions unsafe around the in-field and wicket square.

Victoria will receive six points in accordance with CA’s Sheffield Shield Playing Conditions Law 7.2 - In the event of a match being abandoned because of inadequate pitch and/or ground preparation the match will be awarded to the visiting team – and 21.1.

Cricket Australia’s Head of Cricket Operations Sean Cary said: “I have looked into the matter here today and believe that we have no other option under the Cricket Australia Playing Conditions, other than to award the six points to Victoria.

“It’s an unfortunate outcome for New South Wales to lose points in this manner, and we acknowledge the disappointment the team is facing, however the decision the match officials made was not taken lightly.

“Abandoning a match is the last resort for any match official and was only done after due consideration for player safety.”