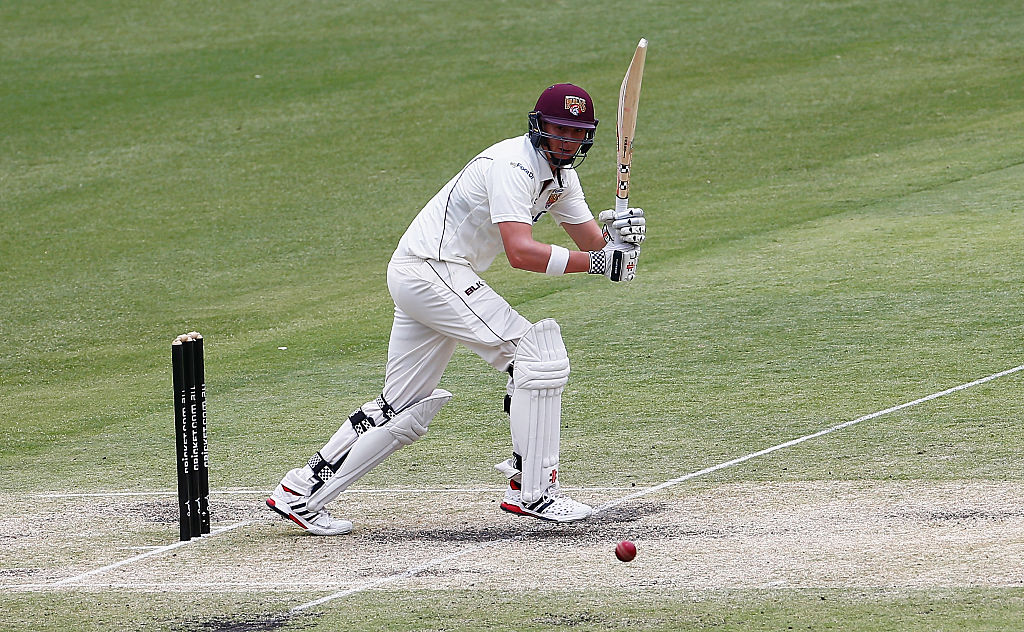 Victoria comfortably beat New South Wales to remain as the only undefeated side after three rounds of Sheffield Shield action, as Queensland and Tasmania both got wins, but in very different circumstances.

Man of the Match: Peter Handscomb

A baggy green winning double century from Test hopeful Peter Handscomb was enough to lead the Bushrangers to a comprehensive victory over the Blues at the SCG.

Handscomb scored a first-innings 215 from 356 balls, as the Vics posted a total of 6/510 before declaring.

The hosts didn't have much luck with the bat and could only muster 225, as the Bushrangers were in complete control at the innings break.

A quickfire 105 saw Victoria declare once again to hand NSW the challenging task of trying to chase almost 400 runs, and Chirs Tremain and Scott Boland combined for six wickets to see the Blues fall well short of the total.

Blues batsman Nic Maddinson also enjoyed a call-up to the Australian Test side with Handscomb and his teammate Matthew Wade, but could only manage scores of 6 and 33 against the mighty Bushrangers bowling attack.

Man of the Match: Matthew Renshaw

Like Handscomb for Victoria, Queensland opener Matthew Renshaw has all but slotted himself into the Test team following a man-of-the-match performance against the Redbacks over the weekend.

Renshaw added a second-innings half century to a first up 108, as the Bulls youngster impressed over the entire four days.

The result was so nearly a draw however, as South Australian Chadd Sayers was bowled by Jason Floros with just 12 balls remaining to secure the win for the hosts.

Usman Khawaja joined Renshaw in the Australian line-up after retaining his position following the second Test in Hobart, as Khawaja kept his spot safe with 106 in the first innings.

Despite not taking too many wickets with the ball, Sayers was also added into Australia's Test squad, but took 2-43 in the second innings.

Queensland declared twice after leading by 217 at the innings break, with the draw they almost pinched South Australia's only option for a result.

Man of the Match: Alex Doolan

Tasmania's Alex Doolan only needed one innings and two days to stamp his mark on the Shield match, scoring the round's second double-ton.

Doolan posted an unbeaten 202 for the Tigers, but it was a question of what could have been after the batsman was pulled from the Test following a delayed onset of concussion after a helmet hit late on day two.

After being set 206 for victory following Johnathan Wells and Sam Whiteman making second-innings centuries for the home side, Tasmania cruised to victory with 21 overs to spare on the back of an unbeaten 77 from opener Jordan Silk.

Tigers bowler Jackson Bird capped off solid weekend with an Australian call-up, as Bird took 5-129 to lead Tasmania to victory.

The win moves Tasmania off the bottom, as WA take their place as the only winless side in the competition.