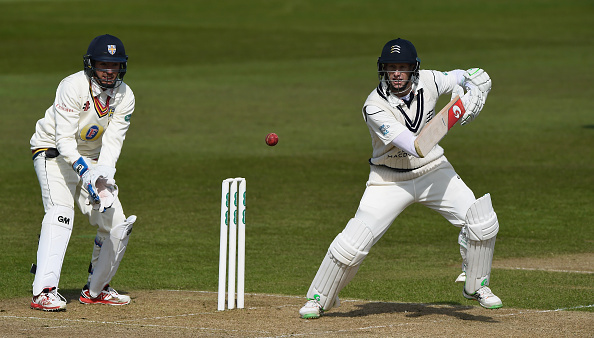 Video has emerged of the moment Australian batsman Adam Voges was struck in the back of the head by a cricket ball while fielding for Middlesex in the County Championship on the weekend.

Voges was fielding at slip when an errant throw from substitute fieldsman Ollie Rayner flew past wicketkeeper John Simpson and hit Voges in the back of the head.

The 36-year-old fell to the ground, but was conscious when the team physio arrived to treat him, before he was taken to hospital as a precaution.

He has since been discharged from hospital.