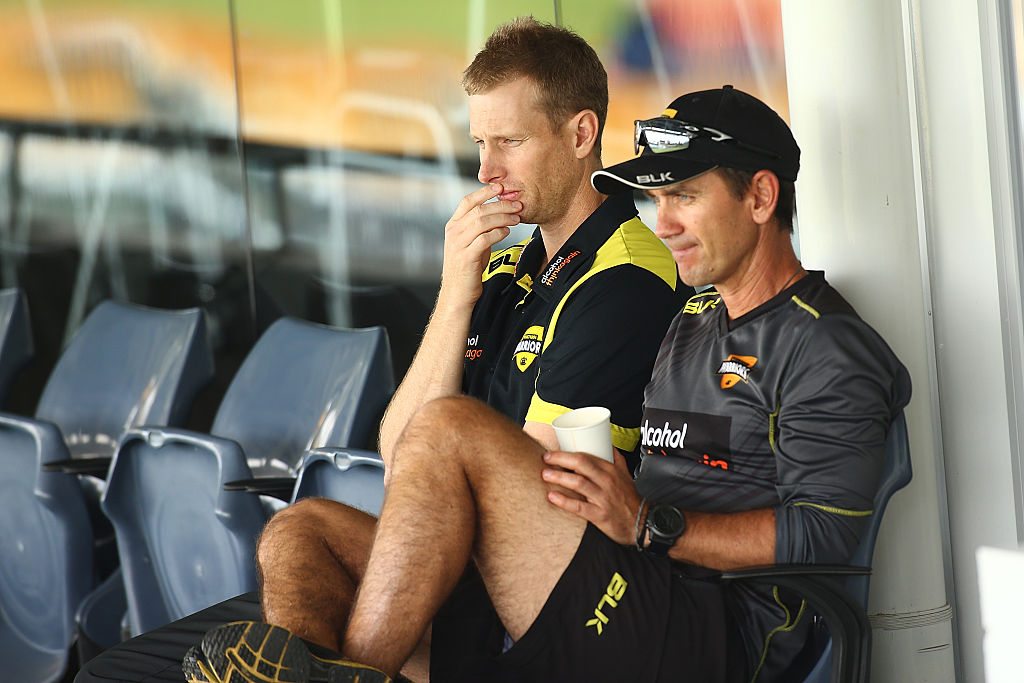 While Voges was ruled out due to a concussion suffered during Western Australia's Shield loss to Tasmania over the weekend, many believe Voges would have been axed anyway given his poor recent run of form.

That shouldn't deter selectors in the future according to Langer, as the former Test opener believes the Warriors captain still has a lot to offer a team in transition from experience to youth.

“In my opinion, Adam Voges’ Test career shouldn’t be over,” Langer said.

“He’s been so important to a winning Australian team.

“It was only a few months ago he was averaging 100 in Test cricket.

“He’s a state captain. He’s a very good person to have to help the young guys.

“Especially if they’re bringing in more young guys, you’ve got to have some senior players in there.”

Voges' poor form of late had selectors worrying if the best of the batsman was behind him, but his Test average still stands at an impressive 61.87.

While Langer also wants his captain to be given a chance on the national stage once more, the WA boss may also be a little fearful that should he be excluded from another Test side, Voges may think about retirement.

“If he’s not in the Test match reckoning, he’ll have the make the decision about what he wants to do with his career,” Langer said.