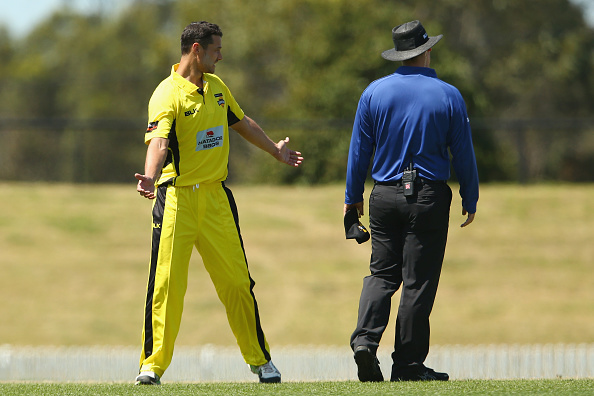 Western Australian fast bowler Nathan Coulter-Nile will miss today's Sheffield Shield match against Victoria after he was suspended for breaching the Cricket Australia Code of Behaviour.

Coulter-Nile was deemed to breach Article 2.1.3 – "showing dissent at an umpire's decision" while bowling for WA against Queensland in their Toyota Futures League clash at Lilac Hill on November 24.

The 28-year-old received two suspension points for the breach as it was his second offence in past 18 months following his reprimand in the Matador BBQ's One-Day Cup match against the Cricket Australia XI on October 15.