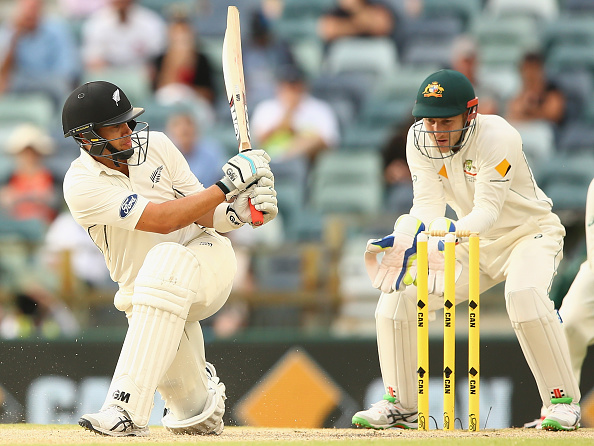 To put things in perspective, Kiwi fast bowlers Trent Boult and Tim Southee scored more runs on a batsman's track than opener Martin Guptill, and they only had one innings, where as Guptill had two.

The Test cricket version of Guptil seems a far cry from the one that suits up for New Zealand in one-day internationals.

Another unimpressive match to back up his performance in Brisbane.

Despite managing just 51 runs for the match, Latham finished third among New Zealand in that stat category. He is one of the men who will need to find form if the Black Caps are going to win in Adelaide.

On the flip side, another fantastic performance from Kane Williamson sees him continue to trouble the Australians with scores of 166 and an unbeaten second innings score of 32.

Williamson is one of the worlds’ best batsmen, that’s no secret, and the Australians will really have to do their “homework” (reference intended) to come up with a way to dismiss him quickly and painlessly.

If after Dave Warner’s incredible 253, you would have said to me a Kiwi would outdo his score, I would have laughed in your face. Nevertheless, here we are.

Ross Taylor’s record shattering 290 has shot him straight back into the form of his life. His second innings 36 was also New Zealand’s best score for that innings.

With Taylor and Williamson’s heroics this series for the Kiwis, Brendan McCullum’s batting shortcomings are almost being forgotten.

While his captaincy was better this game, his batting was again poor. Admittedly, he only got one innings, but an unimpressive 27 was less than satisfactory.

One may think that BJ Watling's solitary one run warrants one hell of an F, but his fantastic performance with the gloves is what saves him here.

Watling was by far the better keeper of the two, and if he re-finds his best form with the bat, he can again become one of the Black Caps’ most important players.

He dismissed Mitch Marsh twice for 34 and one, and got the dangerous Usman Khawaja on 121. Three very important wickets.

Mark Craig’s valuable inconsistency carried over from the first Test to the second.

Craig managed three wickets in the first innings, removing Nevill, Johnson and Starc, but managed none in the second. If he can find some consistency, New Zealand’s attack all of a sudden looks a lot more formidable.

Matt Henry’s Test recall got off to a great start, dismissing the Aussie captain Steve Smith and the red hot Joe Burns in the first innings.

However he couldn’t back it up in the second, wicket less through 20 overs. However, he did manage to keep the best economy among New Zealand's bowlers.

Tim Southee roared back into form in his second innings, sending four Aussies packing and ripping through the middle order.

Both Kiwi fast bowlers looked in much better nick this time around, which will be crucial to coming away with a win in the pink ball Test match in Adelaide.

Trent Boult, like his aforementioned partner in crime Tim Southee, also took four wickets in a rediscovery of form for the number one Black Caps bowler.

Boult removed Warner twice, Smith once and Voges once this match – not a bad return for any bowler.