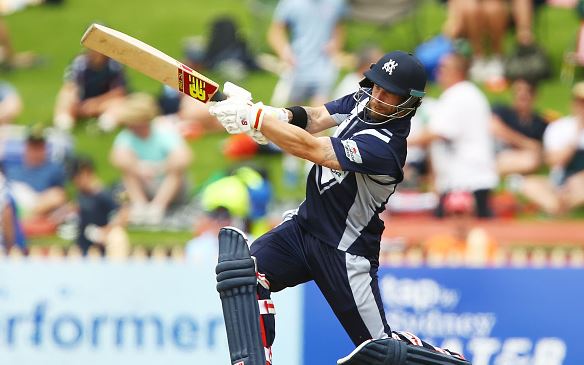 Victorian wicket keeper-batsman Matthew Wade says he is willing to play as a specialist batsman if it means earning a recall to Australia's Test squad.

Wade has been in stellar form with the bat during the Matador Cup and commentator and former Australian Test great Ian Chappell has flagged the idea of Wade playing as a specialist batsman, with Peter Nevill seemingly guaranteed the Test wicket keeping spot.

“I’ve thought a couple of times that Matthew Wade really should be in contention as a batsman only in the Australian Test side," Chappell said.

“I don’t think his keeping is up to Test level, certainly not the last time I saw him in Test cricket, but his batting is another thing. He could easily force his way in.”

Wade, who yesterday scored an unbeaten 63 off 65 balls for Victoria against New South Wales, is also open to the idea.

“I’d take it, definitely,” Wade said after the game.

“I’d play in any role in the Australian cricket team.

“I’m working hard on my keeping and I feel like my keeping has improved massively over the last two years. I feel like that’s going well enough so hopefully I can keep pushing.

“But I’ll just keep doing my thing and hopefully the rewards will come.”