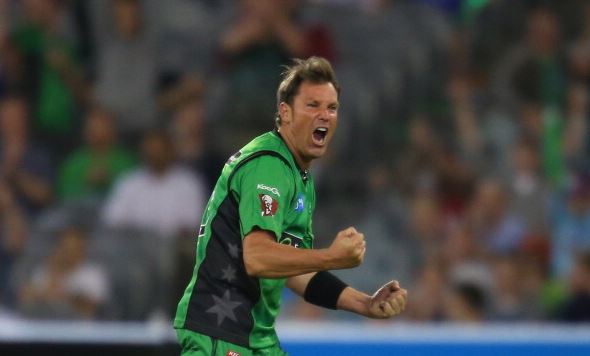 Shane Warne is rumoured to be making a shock comeback in this year's T20 Big Bash League.

Reports have emerged that the now 46 year-old is considering returning to the field with the Melbourne Stars after he was captain of the club in the first two season of the BBL.

It would be a big boost for the Stars after former Australia captain Michael Clarke recently pulled out of his two-year deal with the club. However, the Stars have not made any formal announcements regarding Shane Warne.

"There has been no formal approach made to Shane Warne to return to the Stars for BBL|05 in a playing or captaining capacity," a Stars spokeswoman.

"Shane Warne has been a friend of the Melbourne Stars since inception, but at this stage has no formal role with the club."