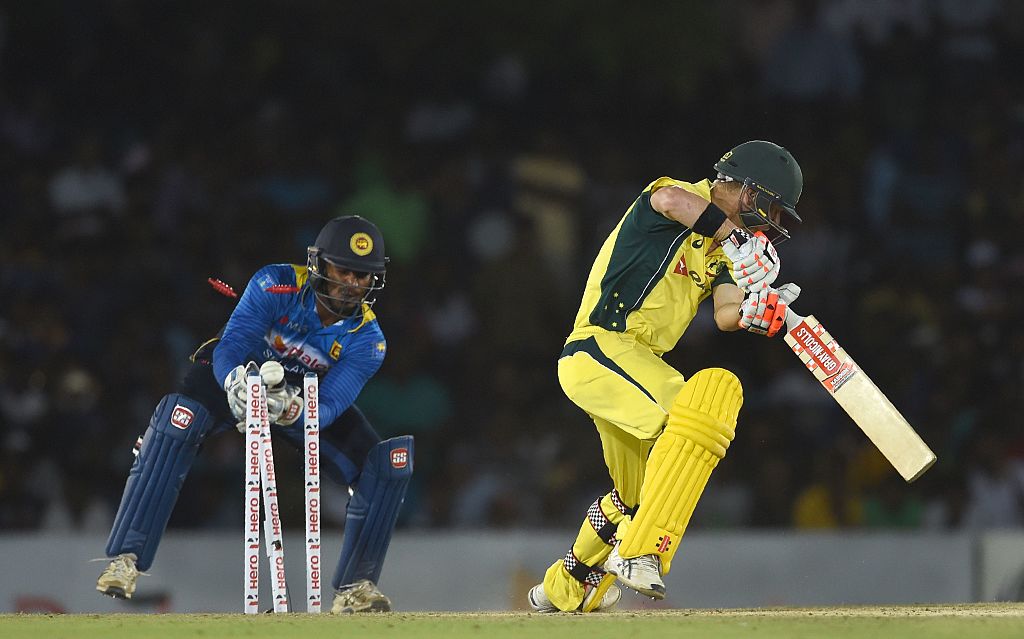 Australian opening batsman and stand-in skipper David Warner has criticised the state of the pitches during their tour of Sri Lanka.

Warner said the pitches prepared by local curators were not able to produce entertaining cricket for fans.

"It's hard to gain momentum when the wickets prepared are like this," Warner said.

"I speak from an Australian cricketer's point of view - we're about growing the game. When it comes to one-day cricket and Twenty20 cricket you like to see more of a contest where you're scoring over 300 runs and you're chasing down totals.

"Sitting back last night and watching England score 400, then coming out here, busting our backsides for both teams scramble to 200 - it's probably not ideal for people coming out here to watch that kind of cricket.

"It's a little bit disappointing from our point of view because it's not the way we like to play. We like to play an aggressive brand of cricket. We like to entertain the crowd. So far, it's been very difficult to try and do that. From the Sri Lankan spectators' point of view - for them I'd like to see fours and sixes and big hits. At the moment it's probably not that way.

"When you see games like the England match last night - that's what I love about cricket. I love that kind of atmosphere, and that's why as a youngster I went to watch the game. But if you come here and you play five games like that, on wickets like they have here at the moment, it is going to be very, very tough to draw a big crowd all the time."

The Aussies struggled to adapt to the spinning wickets in Sri Lanka, losing the recent test series 3-0.

However, Australia has turned its fortunes around in the ODI series, taking an unassailable 3-1 lead into the fifth and final match this weekend.