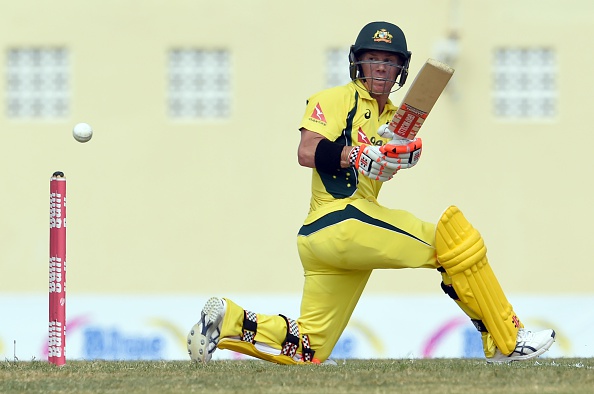 David Warner has defended the use of large, light weight cricket bats, following Ricky Ponting's calls for more regulation from the ICC.

Warner says that flat wickets and not the size of bats are more to blame for the imbalance between bat and ball in international cricket.

"If we look around the country, I think the wickets are pretty much dictating," Warner said.

Warner argues that the bigger bats, if anything, help bowlers, with the thicker edges on bats, resulting in more nicks.

“If we go back to the Ashes and have a look at my leading edges, I think it probably didn’t help me,” Warner said.

“When you look at the side profile of these bats, I think it looks bigger because of the edges.

“We’ve seen time and time again that a lot of players have been getting out with leading edges."