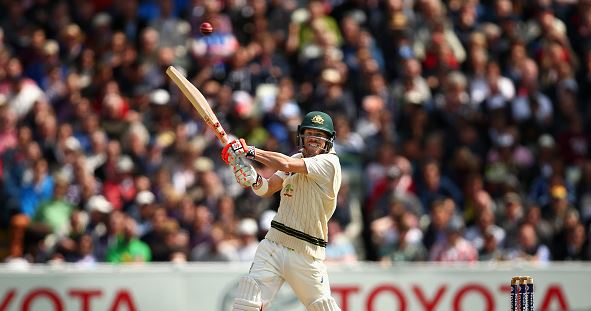 Australian opening batsman David Warner is daring to dream after another dismal day for Australia on day two.

Warner says that if Australia's tail-enders can grind out a 150-run lead, then anything is possible.

“Anything that we can get is a bonus," Warner said.

“If I'm being realistic, you definitely need at least 150-plus.

"I think we need a bit of an Ashton Agar cameo from a couple of years back,” Warner said.

“We've got to bat positively and have some intent, like we always talk about.

“Get as many runs as we can and then come out and try to put the ball in the right areas and get some wickets, get some momentum and a roll on.”

Former Australian wicketkeeper Ian Healy was also being somewhat ambitious at the close of play.

“That’s what has to happen. We’re only going to have a smallish total.

“England are going to be batting on day three, not day five so the wicket is going to be better than it was at Headingley in 1981. But let’s hang on to that optimism.”