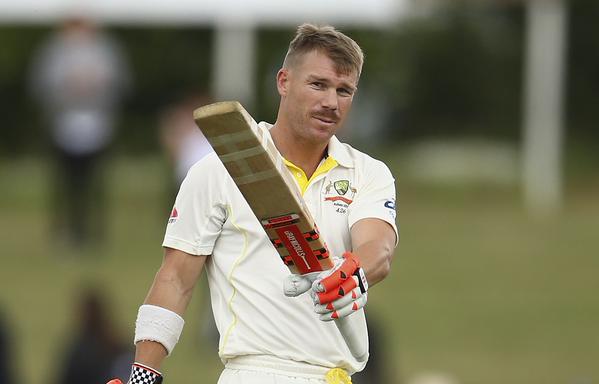 Dave Warner and Shaun Marsh have both make hundreds on day one of Australia's tour match against Derbyshire.

Both openers retired on 101 not out as they gave other batsman a chance to impress before the third Test.

Mitchell Marsh scored 53 and Shane Watson scored 61, however, other big names such as Clarke, Voges and Nevill all failed with the bat, as Australia reached 9-413 at stumps. Pat Cummins and Fawed Ahmed remain not out overnight, on 21 and four respectively.

Will Davis was the best of the bowlers for Derbyshire, taking three wickets for the hosts.