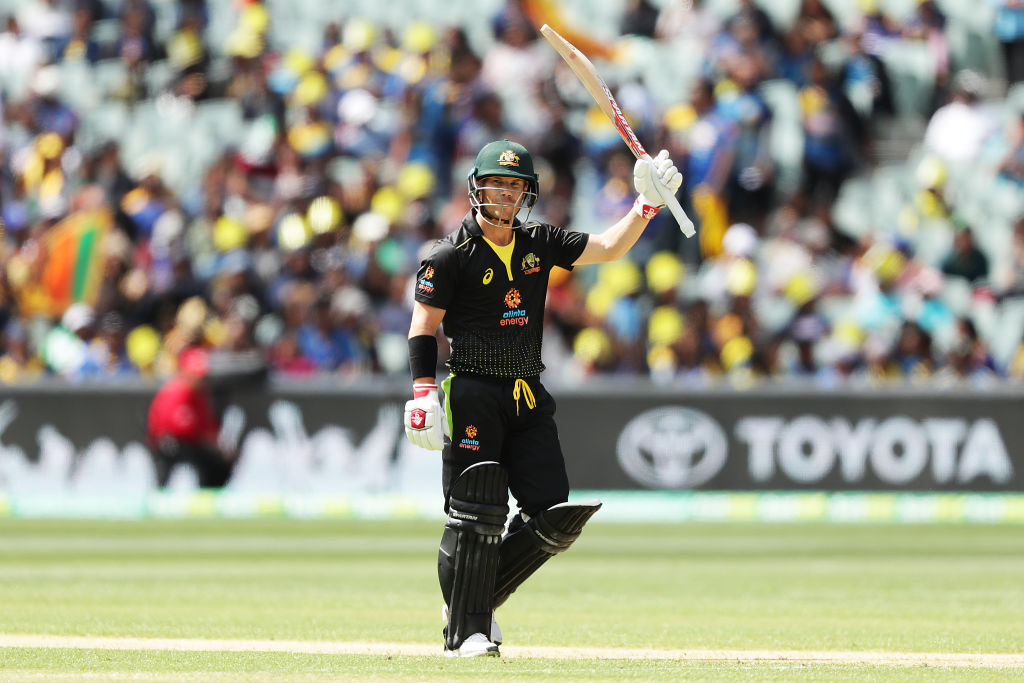 Australian opening batsman David Warner has revealed he is considering prolonging his international career into the 2023-24 home summer.

While it has been clear for some time that Warner wouldn't be pulling up stumps before the end of the 2023 Ashes series in England and ODI World Cup in India, he has revealed to Fox Sports that he won't leave the team in a bad position by pulling the pin on his career.

The Australian opener across all three formats of the game has been excellent in recent times, and has only gone to another level after his 12-month ban from playing for Australia.

Now potentially in the hunt to take over the captaincy of the ODI team following Aaron Finch's retirement, with discussions between himself and Cricket Australia likely to proceed in the coming weeks, the firey opener has goals remaining before he finishes his career.

Warner, writing in a journal way back in 2013, earmarked 2023 as his retirement, but now may be willing to play on for the good of the Australian team.

“I’ve really enjoyed my time playing, I’ve still got a lot to give. And I think I owe the next generation of cricketers and the supporters that little bit extra,” he told the publication

“My goal is to play until the end of next year at least and see where I’m at. There’s a lot of good kids coming through. Obviously me and Uz (Khawaja) open the batting in Test cricket, it’s a big hole to fill … to find one opener is hard but to find two is going to be very hard.

“I’ve always had the care to make sure I leave the game in a good spot, and that means teamwise as well.

“But there’s going to be a time where at least five or six of us go around the same time, in 12 to 18 months.”

Warner revealed however that he has achieved almost everything that he had set out to in the game.

“My wife actually found a journal while unpacking some stuff from 2013,” he said.

“I wrote down what I wanted to achieve and when I was going to retire.

“So, for me, going back to 2009, then 2013 labelling all that, I’ve pretty much accomplished everything I wanted to do.”

Warner's next assignment will be the T20 World Cup, with lead in series to be played against the West Indies and England starting next week.